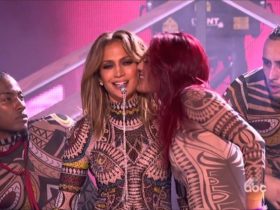 Hi readers, how have you been? Today let’s discuss the greatest cello players of all time. The reason why people love the Cello is because of its sensual shape and size.

Let’s spot some light on Cello. As we all know, the tone of a cello player is as similar to a human voice, hence it directly connects with the human soul.

Although, the reason why cellists feel connected with the cello is, it allows them to express the emotional and bright side of their personalities. It is righteous to mention that cello players are versatile players and they are pretty cool with taking up many roles, such as in the orchestra.

This beautiful piece article comprises the list of 10 such amazing cello players who are globally known for their creative skills. Without any further ado, let’s dive into the list of cello players.

Cello players are listed on the basis of their popularity:

This man is a Chinese-American cellist player. A man with more than 19 Grammy awards, and someone who has recorded more than 90 albums till yet. Isn’t that amazing guys?

Well, he was born in Paris. Yo-yo Ma, has recorded numerous varieties of folk music and also has collaborated with numerous artists to record music in numerous genres.

However, From the age of three, Ma played the violin, piano, and later viola, but he decided to play cello in 1960 at age four. Speaking of his net worth, it’s about $30 million. Some of his popular hits are named, the eternal view, over the rainbow, Appalachia waltz, etc.

Rostropovich was a Russian cellist, player, and conductor. Undoubtedly, he is the greatest cellist of the 20th century.

However, other than being a cellist he was also internationally recognized as a staunch advocate of human rights.

Apart from this, in his whole life career, he has received around 50 awards, well that’s absolutely bound to draw applause.

Talking about his net worth, was $10 million at the time he died. Some of his beautiful pieces of work as an artist include cello suite No. 1 in G Major, BWV 1007: II. Arabian Dance etc.

He died in 1973, Pablo Casals is his Spanish name. Apart from being a cellist, he was also a composer and conductor.

He was always persistent in the list of greatest cellists of all time. However, throughout his beautiful career, he has recorded amazing orchestral music. Although, he was awarded the presidential medal of freedom.

In addition to this, his net worth was $5 million. Some of his musical hits include EL cant dels ocells, song of the birds, Nigar sum, etc.

He is on the list of favorite cellists player for everyone who is a fan of cello music. Let me tell you one amazing fact about him, he happens to be the only cellist in the world to have studied with both Mstislav Rostropovich and George Piatigorsky.

However, he knew well how to play with poetry and make people mesmerized with his performance each and every time. He knew exactly what people wanted to hear from him, which is why he was more connected with the audience.

Speaking of his nature, he was outspoken and flamboyant, and no one can ever think of what he is up to, hence he was unpredictable.

In addition to this, he also likes to call himself a citizen of the world. He has a net worth of around $5 million. Some of his beautiful pieces of work include romance, silent words, etc.

He is a British player, Someone who has won the 2016 BBC young musician award. Isn’t that great? Surely it is. This gentleman has a great fan following around the globe.

He has an interest in classical music and that is well reflected through his beautiful musical hits. In addition to this, he has performed at the wedding of the duke and duchess of Sussex at Windsor castle. This has helped him extremely in order to become popular overnight.

He is already the idol of the youth. His net worth is approx $5 million.

His charm and innovation are hard to put into words. It has been rightly said that if the god wanted to listen to music himself, he would choose Luigi. Yes, he is that great.

However, he is not as popular as other cellists, nevertheless, those who know him well, who know his skills and passion well, consider him the god of cellists.

Although, his net worth was $5 million, and a list of his beautiful pieces of work includes, son in A, G4, String Quartet in C minor, etc.

Harrell was an American celllist. He was known for performing the best classical genres.

He has performed worldwide as a chamber musician, soloist, and whatnot. However, he died in 2020, he was the principal of the royal academy.

In addition to this, he has been awarded several awards throughout his life, some of them including, the Piatigorsky Award, Grammy award for best chamber music performance, etc.

Harrell’s net worth was $ USD 9 Mil. His hometown was New York City, it was close to his heart.

Webber is a British cellist and player. He has been a former principal of the royal Birmingham Conservatoire.

Webber has received several awards in his career, some of which are listed as, the incorporated society of musicians distinguished musician award, the crystal award at the world economic forum in 1998, etc.

Later he became the founder of the “In Harmony” music education program. The list of his artistic work includes air on the G string, Caccini ave maria, etc. His net worth is around $5 million.

Have you ever heard that the cello is like a beautiful woman who has not grown older, but younger with time, more slender, more supple, and more graceful? This gorgeous lady is the epitome of grace whilst she performs as a cellist.

The list of her artistic work as a cellist includes Goin’ Home, silent woods, etc. speaking of her net worth it is around $5 million. Let me tell you her love affair with the cello began when she was only 2.

She was too young player when she became popular. She is a British cello artist. Pre died in 1987, she had a musical career of 12 years, and despite this short period of time, she made her name in the list of best cellists of all time.

In addition to this, after her death, she was made an honorary fellow of St Hilda’s College Oxford, the music building of this college bears her name.

From an early age she developed an immense love and devotion for music, this is what made her successful in her career.

Hope you enjoyed reading it!