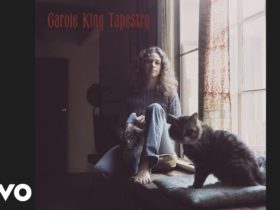 In addition to this, first, let me tell you about some qualities that all great black singers possess.

Yes, these are some qualities that you certainly find in all these. Although, the legacy of these black singers is continuing into this modern era. These are great in various genres such as jazz, blues, soul, funk, rock, and more.

Now I guess without any further delay, we should dive straight into the list of 15 great black singers. Also, don’t forget to share this article if you like it.

Great Black singers of all time:

Gaye was a phenomenal singer. He was devoted to music as an artist. The reason why he is so popular worldwide is that the topics which he chose to bring out in public were very sensitive to them.

Regarding topics such as social and personal concerns, he was sensitive and delivered romantic age music to the listeners. However, Gaye was a legend who maintained his legacy throughout the journey of his life.

He was the voice of those who can’t raise their voice to ask for justice. Gaye has given numerous back-to-back big hits. He lived a beautiful life, which he enjoyed thoroughly, also he lived for the benefit of others to help them to live better lives. One of the most famous Black male singers ever.

Unfortunately, he was shot dead by his father. Some of his several hits include,

He is an American musician and a popular or globally known figure of the 20th century. However, he was multitalented since his childhood days.

Louis has given numerous hits to the listeners. His music is still being heard on television and radio and in films too.

However, apart from being a singer he also has contributed to writing two autobiographies, articles for magazines, and a plethora of letters as well.

Louis used to be a bandleader and an amazing comedian. He has given his all to jazz music, and hence played a crucial role in jazz history.

He had a net worth of $10 million. Unfortunately, The singer died of a heart attack in New York. One of the most famous Black male singers ever.

However, the prince was multitalented. He could handle all the roles of a band. Yes! A singer, guitarist, songwriter, producer, and dancer, these were his skills.

Apart from these skills, he also knew how to be a pro at performing on keyboards, drums, and bass.

Although, in his early music he reflected the contemporary musical impact of disco. His net worth used to be $300 million or more. That’s huge!

He is an American singer, songwriter, producer, and most admired personality. This artist has won 4 Grammy awards. The reason why he is most admired around the globe is that he has given numerous smooth and soulful love ballad hits between 1970 and 1980.

However, he was an athlete who was born in the US city of Tuskegee. Apart from this, you will be surprised to know he had experienced stage fright. He was so passionate about music that he even dropped out of university in his second semester.

One thing that he liked was writing ballads. He was great at heart too, he raised $3.1m for the breast cancer research foundation.

What’s so great about him? He has made his name a brand in the history of American music. Although he is a pure artist who can provide great soul music and amazing rhythm and blues.

Apart from being a singer, he is a songwriter as well. Otis has inspired several other artists as well. In addition to this, he was also a successful businessman. Some of his best hits include the Dock of the Bay, Merry Christmas Baby, Try a Little Tenderness, etc.

His net worth was $10 million.

He had a net worth of $100 million. Unfortunately, the artist died in 2006. He was a successful songwriter, organist, musician, rapper, artist, dancer, and of course great actor.

Although, he was benevolent too. He worked for education advocacy and humanitarianism. When he was in 7th grade, he had to drop out of his school because of some financial crises, this is why he decided to help others.

However, Brown received awards and honors throughout his lifetime and even after his death. After his death, many tributes were given to him. He suffered from poor health, nevertheless, this never stopped him from maintaining his image of a hardworking man.

The net worth of the bill was $40 million at the time when he died. His major hits include,

He was a singer, songwriter, musician, and record producer as well. He was a soulful singer. Through his songs, he strongly emphasized upon it’s every day that is the most meaningful: work, family, love, and loss.

Withers won three Grammy awards and was nominated for six more. However, two of his songs were inducted into the Grammy hall of fame. He died because of some heart disease at the age of 81.

He was extremely talented from a very young age. Let me tell you, he started singing when he was only 5. Later, he worked with his brothers in a band where he was a lead singer.

Furthermore, He knew exactly how one can easily connect with the audience. He had that unique and catchy element in his voice which can make anyone crazy about him and fall in love with his singing.

Michael knew the tricks for playing with his voice and he always did that with perfection. It is righteous to mention that he had put his heart and soul into music. The list of his best hits includes,

Everyone knows he was a legend. He died from an overdose of sedatives and medicines prescribed. His death literally broke the internet.

Charles was an American singer-songwriter and pianist. Undoubtedly, He was a true legend.

Speaking of his major Achievements, he has won 18 Grammy awards, absolutely insane! Other than this he has won many national and international awards too.

He started to lose his ability to see when he was 5 and lost complete visionary power when he turned 7. Just imagine how difficult it would have been for him to survive as a blind child. Both of his parents died when he was young, this must have made his life more difficult.

Nevertheless, he developed a love for music and devoted his whole life to it. One of the most famous Black male singers ever.

“ Live each day like it’s your last, ’cause one day you gonna be right ” – Ray Charles

“It’s been too hard living, but I’m afraid to die. ‘Cause I don’t know what’s up there, beyond the sky.” – Sam Cooke

Let me tell you guys, Sam Cooke was the most important soul singer in history. Yes! He was the inventor of soul music.

This African American singer Sam Cooke was the most popular and beloved performer in both the black and white communities during his time. Isn’t that a matter of pride? Surely it is.

“I’d like to be remembered as a premier singer of songs, not just a popular act of a given period”  -Luther Vandross

The network of Luther was $40 million. He was a singer-songwriter and record producer. Undoubtedly, Luther was one of the most talented and loved soul singers of all time. His voice was so powerful and soothing that it helped him earn millions of fans’ love around the globe. One of the most famous Black male singers ever.

The net worth of this popular artist was $27 million at the time of his death. He was an American musician, the one who first came into the limelight as a jazz pianist. The artist was blessed with a soft baritone voice which he uses to win hearts with ease.

He was often Noted for his warm tone and flawless phrasing. Cole recorded more than 100 songs that became instant hits on the pop charts.

This artist has blue eyes. The net worth of this black singer is $160 million. He is an American singer-songwriter and record producer.

In 1972, Robinson began serving as the Vice President of Motown Records. Later, when the ‘80s rolled around, Robinson battled drug addiction overcoming his issues by way of his faith.

He is an American singer, songwriter, guitarist, producer, and an amazing entrepreneur.

However, speaking of the forms of music, it used to be immensely inspirational, and humanistic. It was all dedicated to uplifting the African American people. Curtis died in 1999.

However, his net worth was $10 million at the time he died. The reason behind his death was his ill health due to diabetes.