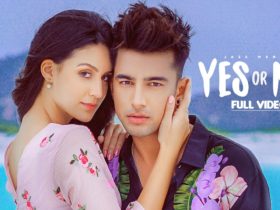 American singer, Taylor Swift has detailed about her upcoming song named “Snow On The Beach” Ft. Lana Del Rey. Check out the post below.

The song will appear on Swift’s 10th studio album ‘Midnights’, which will be released on next Friday (October 21). She shared the new video clip on social media and said she is “such a massive fan of Lana Del Rey” and opened up about the meaning behind the pair’s team-up.

READ MORE – Stormzy Announces Upcoming New Album, “This Is What I Mean”

“And you’re kind of looking around going, ‘Wait, is this real? Is this a dream? Is this really happening?’ Kind of like it would be if you were to see snow falling on a beach.”

Swift went on to express her admiration for latest collaborator, saying: “Lana Del Rey, in my opinion, is one of the best musical artists ever. The fact that I get to exist at the same time as her is an honour and a privilege.

“And the fact that she would be so generous as to collaborate with us on this song is something I’m gonna be grateful for… for life. Absolutely love her, and really I hope you love this song as much as I do.”