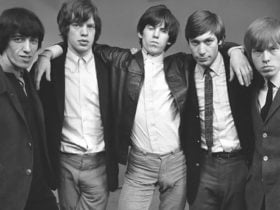 English pop-rock band, The 1975 has released its new song, “Part Of The Band.” Watch the full music video song below.

The rock band also shared the release date of the upcoming album, “Being Funny in a Foreign Language,” which will be released on October 14th. Pre-save the full album by clicking here.

The vocals come up, “She was part of the air force / I was part of the band / I always used to bust into her hand / In my imagination / I was living my best life / Living with my parents / Way before the paying penance and verbal propellants / And my cancellations”

Being Funny in a Foreign Language tracklist: