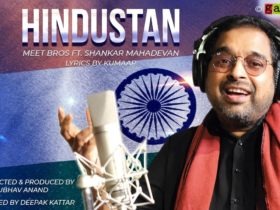 Musical group, The Isley Brothers have teamed up with Beyoncé for a new song named “Make Me Say It Again Girl Pts 1 & 2.” Listen to the full song below.

The new version of this track is all set to appear on the Isley Brothers’ upcoming album, which is scheduled for release later this year. Pre-save the album by clicking here.

The real & original track was composed by Ernie Isley, Marvin Isley, O’Kelly Isley, Ronald Isley, Rudolph Isley, and Chris Jasper, which was appeared on 1975’s album The Heat Is On, which hit Number One on Billboard‘s Pop Albums and Black Albums charts.

On their “Make Me Say It Again Girl” version, Beyoncé and Isley trade lines on the soulful quiet jam about devotion. “Oh I believe you are a rainbow,” Beyoncé sings. “All the heaven I need to see,” Isley counters. The “Break My Soul” singer also provides dreamy backing vocals throughout the track, her voice adding a sultry whisper to compliment Isley’s buttery smooth tenor. The song ends with a quintessentially Queen Bey a capella outro as she harmonizes with herself over multiple layered vocal tracks.“

The Isley Brothers Team Up With Beyoncé For New Song, “Make Me Say It Again Girl Pts 1 & 2”