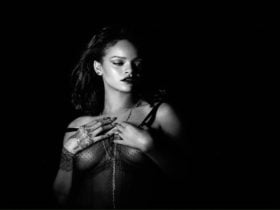 The Rock band, The Strokes has shared a new music video for their song “Ode to the Mets.” – Watch the full video below.

Yesterday, The New York Mets are playing their first game of the pandemic-shortened 2020 Major League Baseball season, and to celebrate the Strokes have shared the video. The video was inspired by the waltz-through-history seen in the opening credits of the sitcom Cheers, with director and long-time collaborator Warren Fu providing a journey of New York City through the gaze of eight different animators.

“Ode to the Mets,” which was debuted for the primary time through the Strokes’ New Yr’s Eve show in Brooklyn last yr, features on the band’s newest album The New Abnormal. They had been scheduled to tour behind that album this yr earlier than coronavirus led to the cancellation of all U.S. music tours.

The Strokes ‘Ode To The Mets’ New Music Video

“Ode to the Mets” isn’t actually concerning the Mets, and the video additionally solely briefly alludes to the titular team: During an underwater sequence, a battered poster studying “Ya Gotta Believe,” the group’s timeless slogan, seems, whereas one other banner reads “Class of ’69,” a nod to the Mets’ 1969 World Series championships.