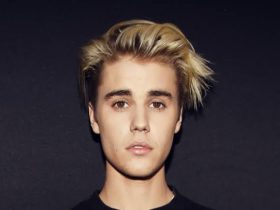 Timmy Trumpet has come with another epic collab with Sub Zero Project, he has been teasing the track for a long time, and now it is finally out on SINPHONY. This is totally a house party track and festival track. It has awesome melodies, kicks, and of course the CLIMAX part, meanwhile, the pitch and drop are amazing with dope beats.

Last month, Timmy teamed up with Vengaboys for the new rendition of their smash hit ‘Up & Down‘. The original track ‘Up & Down‘ was released in 2009 by Vengaboys. Also, He performed this track on live from Sidney 2020. Meanwhile, On the live stream, Timmy Trumpet has proposed his girlfriend during the live stream with full feelings and ‘She Said YES‘.

On 4th July, Timmy Collaborated with Singer Vitas and released his new EDM track called ‘The King‘ The EDM track comes a year on since the Russian phenomenon Vitas joined Timmy on the Tomorrowland mainstage, the place they first performed their collaboration.