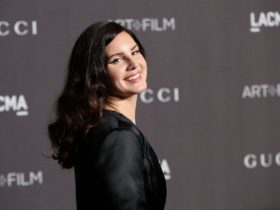 Australian DJ and record producer, Timmy Trumpet has collaborated with music duo, Vini Vici for the new track named ‘Thunder.’ Listen to the full song below.

MUST READ – ILLENIUM Team Up With Tom DeLonge, Angels & Airwaves For The Song ‘Paper Thin’

The sound begins with a wave of music beats, then the smooth vocals comes, After that, the mixture of beats and drops starts, when we listen the drop we can easily get the Timmy Trumpet test beats/sound with Vini Vici massive music.

Recently, DJ, Timmy Trumpet teamed up with Steve Aoki for the new track named ‘Tarantino‘ from the 6OKI series. “Working and touring with Steve is always WILD,” Timmy Trumpet adds, “but making this track was something else! We wanted to capture the craziness of life on the road in one track so people can party wherever they are in the world right now.”

Meanwhile, he & Sub Zero Project released the brand new EDM track named ‘Project X‘. Last month, he collaborated with Vengaboys for the new rendition of their smash hit ‘Up & Down‘. The original track ‘Up & Down‘ was released in 2009 by Vengaboys.