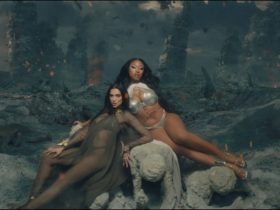 American-Swiss singer, Tina Turner has announced the new collaboration with Norwegian DJ, Kygo on a remix of her iconic track ‘What’s Love Got To Do With It?’.

Kygo shared the news on Twitter with the caption, “Can’t believe I’m releasing a collab with @LoveTinaTurner this Friday! ‘What’s Love Got To Do With It’ is one of my all-time favorite songs,

“And it feels surreal to get the opportunity to work with such a legendary artist! Can’t wait for you all to hear it.” He added.

Tina Turner Collaborates With Kygo On ‘What’s Love Got To Do With It?’ Remix

Off of 1984’s Private Dancer LP, “What’s Love Got to Do With It” remains Turner first and only solo song to reach No. 1 on the Hot 100 in the U.S. In 1985, the song won three Grammys for Record of the Year, Song of the Year, and Best Female Pop Vocal Performance.