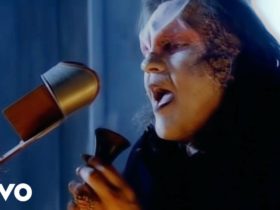 The American singer, songwriter, Tom Morello has dropped his new unreleased track named ‘You Belong To Me.‘ – Watch the full video below.

Tom Morello shared the song on his Youtube channel and wrote that, “Our present is tethered to our past. The overseer’s whip & noose of history are today echoed in the policeman’s baton & pistol. I had a very clear idea I wanted to express with the song & the video and that is: Sometimes, enough is enough.”

In 2012, Tom told to Rolling Stones, “Whether it’s biblical narratives or Civil War narratives, there are often stories that have been interwoven in my DNA my whole life that has never stopped resonating, and one is the Nat Turner story.”

The track originally recorded as a part of his solo project, The Nightwatchman, the folk-inspired track sees Morello reflecting on Nat Turner who led an 1831 slave revolt in Virginia. previously Morello has spoken concerning the effect of the revolt on his work in an interview with Rolling Stone.

Tom Morello Unreleased Track ‘You Belong To Me’

Tom Morello ‘You Belong To Me’ Out Now! Like this track, Download and stream the full track by clicking here.

Last month, Tom Morello teased a new protest song for Black Lives Matter. He shared a little image audio clip of the new song on his Instagram with Imagine Dragons’ Dan Reynolds. In the video, Morello is delivering a furious guitar line before Reynolds screams the titular words.

Back in June, Morello also marked 10 years since Rage Against The Machine’s legendary Finsbury Park gig in London.

The free show was staged after the band’s ‘Killing In The Name’ beat the odds to become the UK’s Christmas Number 1 single in 2009 following a fan campaign.