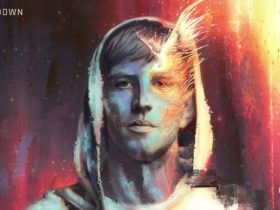 American rapper and record producer, Tyler, The Creator has dropped his new Pharrell-produced track named ‘Come On, Let’s Go.’ Listen to the full song below.

The official music video is directed by TYLER OKONMA, & produced by PHARRELL WILLIAMS. The song will appear on a compilation album by DJ and A Bathing Ape founder Nigo, ‘I Know Nigo’ (out tomorrow, March 25).

It starts with the suited-up, shades-donning rapper performing his new cut in front of a yellow sports car. Also, in June 2021, Tyler, The Creator released his sixth studio album, ‘Call Me If You Get Lost.’