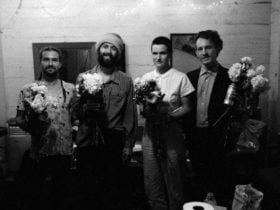 The Canadian singer-songwriter Justin Bieber joined James Corden for his third “Carpool Karaoke” segment on Tuesday’s The Late Late Show, where the duo sang along to a few of Bieber’s recent songs and discussed his marriage to Hailey Bieber.

“I don’t know. I was just being stupid, to be honest,” Bieber recalled. “[But] then people were like, ‘I wanna see this happen.’ And I was like, ‘You know what? That could actually be funny.”

“I don’t think it would be much fun for you,” Corden said, hesitantly. “I gotta say, if you and me have a fight, you win. If you and Tom Cruise have a fight, I’d back Tom every day of the week.” Bieber responds, “Absolutely not. I’m trying not to let my ego get in the way, but there’s absolutely no way. He’s not the guy you see in movies.”

Added to Bieber statement, “I’m dangerous!, My agility is insane… I don’t think you understand the mind control that I have! My mind control is another specimen. I’m different. I’m the Conner McGregor of entertainment!”

After the duo arm wrestle things start to calm down and Corden moves on to other subjects, including Bieber’s marriage, his music and how he binge-watches House. They also sing along to “Love Myself,” “Intentions” and revisit “One Less Lonely Girl.”

The argument began when Corden asked Bieber about the challenge, he issued Cruise last June. Check out the tweet below.