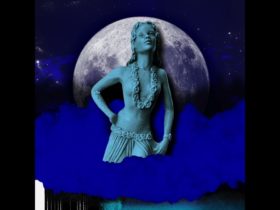 Jack White Team Up With Q-Tip For New Track, “Hi-De-Ho”

The album will be released on 29th July[This month]. In another Instagram post from Hitmaka, he confirmed that he has five tracks with Wiz on the album, reaffirming his involvement. He wrote, “New @wizkhalifa Album July 29. Got a 5 piece on here. Always fun making music with ya brothers!!”

In addition, Wiz also shared the album’s artwork in his Instagram post, which sees the rapper surrounded by beautiful women. Check out the artwork here.

The new album comes after he dropped his 2021 album Wiz Got Wings. July is a busy month for Wiz as he gears up to kick off his Vinyl Verse Summer Tour with Logic starting on July 27 in Irvine, California.

READ MORE – 15 Kim Kardashian No Makeup Picture Will Adore You