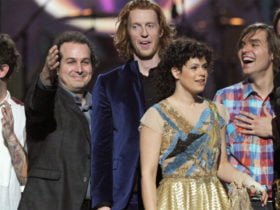 Indian singer and record producer, Zaeden has teamed up with Somanshu for the new track named ‘Intezaar.’ Watch the full video below.

Speaking about the song, The song is about the phase after separation. It encapsulates the anxiety and tension to turn back the clock to happy times, and glooms over the happy memories; the malaise experienced while spending time apart.

This year, Zaeden dropped two tracks, Dooriyan & Kya Karoon. In the meantime, Zaeden has represented India at among the greatest music festivals like Tomorrowland and Marenostrum. He additionally performed with Justin Bieber during the India leg of his Purpose Tour in 2017.

The singer said when he released Kya Karoon, “I travelled back in time to relive my school memories for this track. I used to have a big crush on a girl and was clueless about what to do about it. What inspired me to write this song was to create that feeling of love into an expression that would break the barriers of language.”

He then added, “I feel anyone who prefers listening to soothing music will like ‘Kya Karoon’? I feel everyone goes through something like this while in school or college, which makes these lyrics very relatable.”