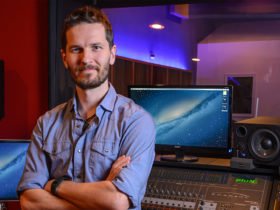 All the musicians on the list have a huge fan following and have gained stature. They also may be some who helped get Canadian musicians the respect and recognition they deserve.

So, here comes my top pick of the best 15 Canadian bands of All time.

This blues-rock band was formed in the year 1973. The band gave some of the very formidable riffs with many hits during the mid-70s. One of the best Canadian bands ever.

The group was formed in 1979 and was widely popular for their song “Turn me loose” which was widely loved in both Canada and the USA. They were one of the most successful Canadian Bands during the ’80s.

They came together in 2006 and shortly got popular with their indie rock music gaining a wide fan-following. The group of Max Kerman, Mike DeAngelis, Nick Dika, Tim Oxford, Anthony Carone, and Dan Griffin have received numerous awards which includes winning multiple Juno awards.

They are Ontario’s own rock band which was formed in the late ’80s. Earlier in their career, they used to make acoustic music but later trying fusion with other genres. Also, they were nominated for two grammy awards and have won multiple Juno awards. One of the best Canadian bands ever.

Also Read: 10 Most Richest Musicians In The World

They were originally formed in Seattle, Washington but received their fame and recognition after moving to Canada. Also, they are a Rock n Roll hall of fame. Also, selling over 35 million album copies around the globe is not a small achievement.

This band was formed in the post-grunge era. They are widely popular and have been no.1 in the Billboard Hot Mainstream Rock Track charts. Also, they are one of the top rock artists across the USA and Canada.

Formed in 1998. This band has won several awards in Canada. They are the Indie champs in Canada. Also, their song “Gimme Sympathy” breaks many stereotypes and shows the Indie self.

This Indie Rock band was formed in the early 2000s and is one of the most successful Indie rock bands in Canada to date. Also, they have won many awards which also include them bagging a grammy award in 2011 for “Album of the Year”.

They used to make progressive rock music and were widely recognized in the country and also have won several awards to receive many golds and platinum albums worldwide.

This band has gained huge commercial success across the country and sold more than 50 million album copies worldwide. Also, according to billboard, they were the best and most successful rock band in 2009. Also, they are one of the best bands of the decade. One of the best Canadian rock bands ever.

They were the best-selling Canadian band between 1996-2016. They have also received a massive amount of Juno awards at 16. Also, after the death of their lead singer Gord Downie, the band came to their retirement as a tribute to their fellow mate.

One of the very oldest from Canada formed in the early 1960s. Randy Bachman and Burton Cummings receiving huge fame with their commercial success with hits like  “American Woman,” “Laughing” and many others. One of the best Canadian rock bands ever.

The best rock band in the history of Canada. They were a group of philosophers with great musical potential. Also, Rush has given classics like “Tom Sawyer”. Which help the group receives 24 gold, 14 platinum, and three multi-platinum albums. Rush will always have their own level of supremacy.