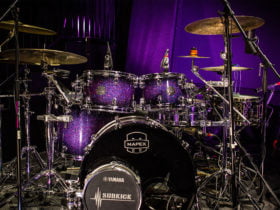 Hey, Disney freaks! Today’s article is all about the best ever Disney Cats of all time. However, Disney cat names are great for those who grew up watching Disney movies.

Furthermore, From adorable Oliver to devious feline villains, films from Disney were packed with iconic cats.

Going back from the classics up to recent releases, we’ve rounded up a list of 12 Disney cats names. So get ready for a trip down memory lane!

So without any further delay, let’s dive straight into the list of Disney Cats.

Oliver is a small and slender orange Tabby kitten with long hair between his ears, three dark orange stripes on his back, and a white muzzle.

About halfway through the film, he acquires a blue collar with his name and the address he lives at on a gold tag, thanks to his new wealthy owner, a kind and pretty little girl named Jenny Foxworth.

Furthermore, Oliver is brave, caring, friendly, kind, and cute. However, He is also shown to be very loyal and protective. He jumps from Fagin’s cart onto Sykes’ car and bites the villain’s hand after he grabs Jenny.

Therefore, in short, he is caring about the people he loves. One of the Best Disney Cats ever.

To begin with, Mittens is the deuteragonist of Disney’s 2008 animated feature film Bolt.

She is a sassy and short-tempered street cat whom Bolt at first mistakenly believed was an agent of Dr. Calico.

The cat is pessimistic and has a dry sense of humour. She lives the life of a thief who suffers from abandonment issues.

However, She wasn’t interested in friendship at first, but she is eventually opened up by Bolt’s loyalty and is willing to know about how to live a normal dog life.

Furthermore, Mittens has a very sad past, as she was originally a house cat. Unfortunately, her owners moved and abandoned the declawed cat.

Indeed, this cat is one of the best Disney Cats.

Lucifer is a secondary antagonist of Disney’s 1950 animated feature film, Cinderella. However, He is the Tremaine family’s black cat, with a wicked and conniving personality.

Therefore, Much like his masters, Lucifer is cruel to Cinderella. His plots typically involve sabotaging her bloodhound Bruno and pursuing the Château’s mice in an attempt to devour them. One of the Best Disney Cats ever.

Who doesn’t love Tigger, the iconic character from Winnie the Pooh?

Well, He’s been a fan favorite for decades, bouncing around with joy and happiness. After all, as he says, “Bouncing is what Tiggers do best.”

Indeed, this cat is also one of the best Disney Cats.

Thomas O’Malley is the friendly alley cat who finds Duchess and her kittens stranded in the woods befriends, becomes a father figure to the kittens, and falls in love with Duchess.

However, this is undoubtedly a fun, scrappy name for a boy cat!

Do you know that We’re going old school with this one? Well,  In the classic film Pinocchio, Figaro is Geppetto’s sweet Tuxedo Cat. He’s a bit immature and competitive, but he has a heart of gold deep down.

However, let me tell you one Fun fact: Walt Disney loved this character so much that he wanted him to appear in his works as much as possible.

Walt made him Minnie Mouse’s pet. (A mouse with a pet cat? Mind blown. One of the Best Disney Cats ever.

To begin with, Wise, intelligent, and level-headed, Bagheera the panther serves as the guardian of the Mowgli, the “Man-Cub,” as he calls him, in The Jungle Book.

However, Bagheera is the serious foil to Baloo, the goofy, fun-loving sloth bear. The two often get annoyed with each other, but they both have Mowgli’s back in the end.

8- The Cheshire Cat (Alice In Wonderland)

This character, however, is much more memorable. Who could forget the eerie grin of the Cheshire Cat?

The devious and mischievous cat can disappear at will and contorts his body to frighten his visitors. Of all the mad characters, he might be the craziest.

Furthermore, One distinguishing feature of the Alice-style Cheshire Cat involves a periodic gradual disappearance of its body, leaving only one last visible trace: its iconic grin. One of the Best Disney Cats ever.

Furthermore, Rajah was originally a circus tiger as a cub, who found his way into the Sultan’s palace after escaping the touring circus group during a visit to Agrabah.

However, He was discovered by a then-young Princess Jasmine, who assumed the cub was a gift from her deceased mother.

As a child, Jasmine’s mother told the princess stories of a star named “Rajah”, prompting Jasmine to name her new cub in honor of those stories.

Once the Sultan discovers Rajah, he expresses the need to have the latter return to the circus, though his mind is eventually changed and he manages to purchase Rajah from his original owner.

Nala is a fictional character in Disney’s The Lion King film franchise.

Furthermore, In the original film, the adult Nala is voiced by American actress Moira Kelly.

Nala is introduced as the daughter of an unnamed lion and Sarafina, the best friend of Simba. And ultimately becomes his wife as well as the daughter-in-law of Mufasa and Sarabi and the niece-in-law of Scar by the end of The Lion King.

To begin with, In the animated film The Aristocats, opera diva Madame Adelaide decides to leave her fortune to her cats, Duchess, and her three kittens. The greedy butler, however, has other plans.

As part of the plot, the elegant and beautiful Duchess falls in love with Thomas O’Malley and is forced to choose between her life at home or a life with Thomas.

Ratigan keeps her happy by feeding her hostages and henchmen which makes him mad. However, Felicia reappears in comics based on the series.