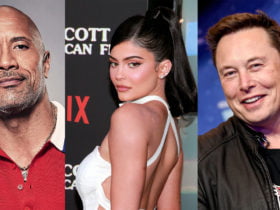 Hey folks, how have you been? Today’s article is about the best dance songs. Who is not a music freak these days? Who doesn’t like dancing? Well, everyone does.

Scientifically, Music is known to stimulate pleasure and reward areas like the orbitofrontal cortex, located directly behind one’s eyes, as well as a midbrain region called the ventral striatum.

However, First, people speculate that music was created through rhythmic movement—think: tapping your foot.

Second, some reward-related areas in the brain are connected with motor areas.

Third, mounting evidence suggests that we are sensitive and attuned to the movements of others’ bodies because similar brain regions are activated when certain movements are both made and observed.

Therefore, Music, in fact, can actually refine your movement skills by improving your timing, coordination, and rhythm.  So, without any further ado, let’s dive straight into the list of best dance songs.

READ MORE – 10 Most Famous Dancing Styles Types You Must Learn

Bootylicious” is a song recorded by American group Destiny’s Child for their third studio album “Survivor. “

The song was a commercial success. As soon as it was released it became the group’s fourth US Billboard Hot 100 number-one single.

If I begin to tell you how successful the song was, A Rockwilder remix of the song featured Missy Elliott.

Not only that, this appeared on the soundtrack of the 2001 musical, “Carmen: A Hip Hopper” and the group’s remix album, “This Is the Remix.”

For those who do not know, Bootylicious has two videos. However, The official video features the trio performing dance steps. And another video, The remix video features the group singing and dancing in front of walls that have been tagged with their names and the title of the song.

How can one forget that “Bootylicious” created moderate controversy due to pushing the boundaries of female sexuality? Well, what do you think of this song?

What to say about the chorus and melody of this song. One can absolutely go crazy after listening to this song.

Uptown Funk is a song by a British record producer featuring American singer-songwriter, Bruno Mars. However, The single was released as the lead single on November 10, 2014, through RCA Records.

The song spent 14 weeks on the Billboard Hot 100, received two Grammy Awards for “Record of the Year” and “Best Pop Duo/Group Performance”, and has become one of the best-selling singles of all time.

Also, the music video for the song has gained over a billion views. In case you haven’t heard this song before, what are you waiting for? Go listen to it.

Single Ladies (Put a Ring on It)” is a song by American recording artist Beyoncé from her third studio album, I Am… “Sasha Fierce.”

According to the lyrics, the female protagonist is in a club to celebrate after the recent end of a poor relationship; her former lover is also present. The song and the repeated refrain, “If you like it then you should have put a ring on it”, are directed to him.

However, Critics praised the song for its smooth production and noted its similarity to Knowles’ 2007 single “Get Me Bodied”.

The track, “Single Ladies” won the Grammy Awards for the Song of the Year, Best R&B Song, and Best Female R&B Vocal Performance & marked the best dance songs that will excite you to dance.

It received many other awards and nominations between 2008 and 2010 and was named one of the best songs of 2008 by media outlets including MTV News, Rolling Stone, and Time magazine.

It was also included on many critics’ lists of the best songs of the 2000s. “Single Ladies” peaked at number one on the US Billboard Hot 100 chart.

Hey, Ya is Lorene Drive’s cover of OutKast’s song of the same name. It was released on Punk Goes Crunk. One of the best dance songs that will excite you to dance.

The track became a commercial success, reaching number one in the United States, Australia, Canada, the Czech Republic, Norway, and Sweden. Isn’t it amazing?

Is it just me who misses the spice girls so much? Whenever you play this song,  It will take you back to your younger days for sure.

The lyrics of the song are so catchy. You know even after so many years since the song has been released, people still remember the lyrics.

The thing which is bound to draw applause is, The energy and the sass that these spice girls have can make anyone crazy about them.

Undoubtedly, it is a nostalgic song. However, the lyrics are about the group’s frustrations with being overworked by their management. The song received mostly positive reviews for its Motown influences and production.

The song achieved certain milestones, including number 1 place on Billboard 200 charts, and also in the billboard hot 100.

The song has everything to make you go crazy. Many people bought the soundtrack album without even seeing the film. One of the best dance songs that will excite you to dance.

This song has 3 elements for you. 1. Good lyrics, 2. Pure talent and 3. Guarantee to make you happy after listening to this wonderful piece of the song.

This song has views in billions on youtube. Personally, this song always makes me smile even if I don’t want to.

Undoubtedly, this song is a masterpiece. However, the song comprises motivational lyrics. As songs are made to make you feel light, this song will surely help you in cheering up your mood.

Work It” is a hip-hop song. However, the track reached the number two position on the US Billboard Hot 100, becoming Missy Elliott’s most successful single to date.

A remix of this song features 50 Cent. The song’s musical style, and production by Timbaland, were heavily inspired by old-school hip hop from the early 1980s. One of the best dance songs that will excite you to dance.

Rock Your Body is a song recorded by American singer-songwriter Justin Timberlake for his debut studio album, Justified (2002).

However, The track is an uptempo, disco groove, a soul-infused song containing influences from Michael Jackson and Stevie Wonder. The female section of the track is sung by Vanessa Marquez.

Originally intended to be featured on Jackson’s fifth studio album Invincible (2001), the latter rejected the song along with several other tracks, which were instead given to Timberlake for his debut album. “Rock Your Body” topped the Australian Singles Chart for one week.

It peaked at number two on the UK Singles Chart, the third single from Justified to do so, following “Like I Love You” and “Cry Me a River”.

Well, The song received generally positive reviews, with music critics noting it as a stand-out track while complimenting its musical elements.

Begin with, it is a song by the American boy band Backstreet Boys, written and produced by Denniz Pop and Max Martin.

However, 90s boy bands changed the industry. The choreography, the voices, and the harmonies are all amazing. Well, it’s a message to future generations that please don’t ever let this song die.

The song has reached number four in the US Billboard Hot 100, running 22 weeks, and number three on the UK Singles Chart.

It is certified platinum in the United States. This became the band’s second top ten single in the US following Quit Playing Games (With My Heart).

Cheap Thrills” is the sixth track from Sia’s seventh studio album, This Is Acting. Released on 17 December 2015, the song serves as the album’s fourth single.

The song currently has three versions: a solo version, one with Sean Paul, and one with Nicky Jam.

However, After 23 weeks on the Billboard Hot 100, “Cheap Thrills” became number one in the US.

The song reached No.1 in over twenty countries including Canada, France, Germany, Spain, Slovenia, Sweden, and the United States. One of the best dance songs that will excite you to dance.

The song reached the top three in European countries and was awarded various certifications, including Quadruple Platinum in Sweden, Five-time Platinum in Spain, and Double Diamond in Poland.

In the UK, it peaked at No. 2 for four weeks and was certified double platinum for shipments of over 1.2 million copies.

It was released as the fourth and final single from the re-release of the group’s third studio album Hands All Over (2010).

The lyrics refer to a male’s ability to impress a female with his dance moves, which he compares to Mick Jagger, frontman of The Rolling Stones.

The track was well received by music critics, who praised the song’s chorus. The song is indeed amazing by all means.

13- Hymn For The Weekend

Hymn for the Weekend” is a song by Coldplay from their seventh studio album A Head Full of Dreams.

It is the third track on the album and features American singer Beyoncé in an uncredited appearance.

However, The video was shot in October 2015 in various Indian cities including Mumbai and Kolkata. The fort showcased at the start and in between is Bassein Fort aka Saint Sebastian’s Fort located in Vasai, Mumbai.

It has over 1.5 billion views on YouTube as of November 2021, making it Coldplay’s most viewed music video; and the second most viewed video for a song featuring them.

“Can’t Stop The Feeling!” is a song from Trolls. The song is performed by Justin Timberlake, who is also the voice of Branch.

The song was released as a single on May 6, 2016. It is no surprise that The single debuted atop the US Billboard Hot 100, opening with 379,000 downloads in its first week, marking Timberlake’s fifth number-one single in the country.

However, also made it the twenty-sixth song in the Hot 100 history to start at the summit of the chart. It is the 41st Hot 100 number one song to be nominated for an Academy Award.

Hey guys, who don’t know Cardi B? Among her many achievements, Cardi is the female rapper with the most songs with over a billion streams on Spotify, where she also has the most streamed female rap album and was the first lead artist to top the inaugural Billboard Global 200

Undoubtedly, This song’s lyrics are bomb like her. Her songs are very catchy. This song slaps hard.