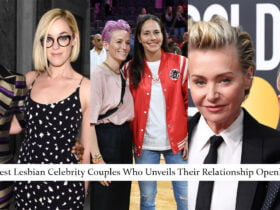 In this article, we are presenting you the best 20 Dubstep songs. It is a subgenre of electronic dance music that originated in England around the turn of the 21st century. Bass is the key element to dubstep and serves as the defining feature of the subgenre’s sound. The herky-jerky rhythmic element of dubstep takes its cues from related genres like drum ‘n’ bass, garage, and grime.

Beyond two basic structural elements – heavy bass and skittering beats – dubstep is a rather open-ended genre with significant room for variation and incorporation of other styles.

From the dark and deadly vibes that set the pace right from the beginning to the moment, the alarm sounds and the anabolic drop hold back just long enough to throw the headbangers off-balance before coming through with a sucker punch.

Stoned Level is a young DJ/producer from Laval, QC. Having performed at some high-profile venues such as Beachclub and with already multiple projects under his belt, he is determined to leave his mark on the national bass/dubstep scene.

Before dubstep broke through to the mainstream, it existed in relative obscurity in south London warehouses, but Skream’s Midnight Request Line changed all that. The song never ages and quickly became an instant hit in the scene. Perhaps even more impressive is the fact that the Croydon producer was just a teenager at the time. We LOVE SKREAM!

Without any question, this was THE dubstep anthem of 2007, possibly even a bigger anthem than Skream’s legendary late 2005 “Midnight Request Line.” This 12″ release heralds the graduation of Benga, from the name in every dubstep DJ’s bag to an artist whose acclaim reaches much farther than that of his own genre.

“Night” is a joint effort from Benga and one-half of DMZ, Coki. When the South London pair got together, they were on a mission to depart from the sound of previous productions and what resulted in a crazily infectious melody.

One of Burial’s most well-known and critically acclaimed productions, “Archangel” features dark, warm sub-bass, and his trademark skipped garage-influenced beats, which fade in and out under layers of crackle. The track features carefully pitch-shifted samples of Ray J’s “One Wish,” turning single vocal lines into entire melodic phrases.

Digital Mystikz is a dubstep production duo (consisting of Mala and Coki – when the two started making music together as teenagers they were known as Malibu and Coke) from the South London suburb of Norwood. Along with Loefah and Sgt.

Pokes, they operate the DMZ record label and host the influential bimonthly nightclub DMZ, held at the Mass club complex in Brixton, London.

There are some EPs and tracks that are so iconic they define a whole genre and forever change up the electronic genre. The ‘Scary Monsters And Nice Sprites’ EP by Skrillex, released October 22, 2010, is one of those. Back then, he may have been known more as Sonny Moore, the lead singer of From First To Last but it was ‘Scary Monsters And Nice Sprites’ that birthed the popularity of Skrillex.

Solid gold anthem business from Girl Unit on the follow-up to the killer ‘I.R.L’ 12″ for Night Slugs. It would appear from his form this year that Girl Unit specializes only in BIG tunes, which is no bad thing when you’ve got a rave to rub up the right way.

“Hyph Mngo” is a 2009 song by Joy Orbison. His debut single was influential in the dubstep genre and was included in a number of “best of” lists.

Foot Crab” on Swamp 81 was no doubt one of the biggest tunes in 2010 and now the mighty Addison Groove has produced a kicking VIP mix. That why it comes up in the best 20 dubstep songs list.

Zomby is a British electronic musician who began releasing music in 2007. He has released music on several labels, including Hyperdub, Werk Discs, and 4AD. Zomby’s influences include Old-school jungle music and Wiley’s Eski beat sound.

The intoxicating rhythm of Psychedelic Runway brings to mind the likes of Mimosa and Martyparty. Deep, rich, harmony-driven dubstep-Esque bassline with just the right touch of chilled groove makes this an extremely enjoyable song. Give it a listen, you won’t regret it.

“PLSN” seems to ache for replays, hiding its real pressure underneath the stabs of interestingly EQed, midrange-heavy keyboard, and the near-constant woodblock tapping. It’s the slower broiled production of the two on offer, and it’s the one that leans into each further evolution with a layered pounce or a succinct woodblock pitch change.

It is a low-end assassination on your psyche, painting the landscape of a dystopian future. And it takes no mess. Poison Dart is a monster of a tune from The Bug (a.k.a. Kevin Martin), and the third single from the forthcoming album on Ninja Tune.

Low-end layers are stacked thick with snaky bass lines, pulling tight on your eardrums with boa constrictor nastiness. Riding out the sonic shockwave is the nervousness of post-millennial tension. Long-time Bug collaborator Warrior Queen handily slays the riddim with sketches on why and how idiot boys need to step off and let a woman take care of the boast.

Africa Hitech treats us to another slick 12″. Their 2011 club banger “Out In the Streets” gets a little more souped-up with a VIP version. Sounding like classic jungle made post-2000, this has all the elements (amen breaks, classic samples, and dubby delays) but has Mark Pritchard’s top-notch production.

“Bass Cannon” is a song by English dubstep producer and DJ Flux Pavilion. The song was released in the United Kingdom on 19 March 2011 for digital download. It is sometimes used by gamers in their video game montages of Call of Duty and other games.

Discipline is a dark mash-up of bass and Latin percussion strung together loosely with Untold’s trademark drum programming. An authoritative piece of music. That why it comes up in the best 20 dubstep songs list.

Lorin Ashton, better known under his stage name Bassnectar, is an American DJ and record producer. Bassnectar fanatics are a generally a progressive, fun-loving, and wildly ostentatious bunch. So, why do they often get such a bad rep? Many have heard the stereotypes: Bassheads are cynical and elitist, burnt out on their passion for Bassnectar, filled with contempt for newcomers into their cult-like community.

Peverelist is Tom Ford, a key figure in UK dance music since the mid-’00s. Like Ford’s other tracks from that era, “Roll With The Punches” feels alien. But that alien sound helped establish Bristol as dubstep’s second city, the place where the genre went to get weird.

Glendale Galleria is a dubstep song flying Lotuswith a tempo of142 BPM. It can also be used half-time at71 BPM or double-time at284 BPM. The track runs3 minutes and 4 seconds long with aD♯/E♭key and a minor mode. It has average energy and is very danceable with a time signature of4 beats per bar. That why it comes up in the best 20 dubstep songs list.