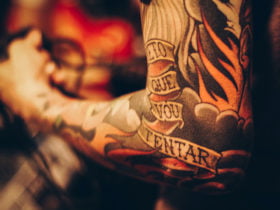 In this article we are presenting you the list of 10 Best Famous Male POP Singers. Pop is a genre of popular music that started in its modern form during the mid-1950s in the U.S and the U.K.

There have been many marvellous male artists across the decades. But only some of them can claim to be genuinely gifted vocalists. So let’s go through the list of famous MALE POP SINGERS:

Michael Joseph Jackson was born on August 29, 1958. He was an American singer, songwriter, and dancer. Dubbed the King of Pop, he is regarded as one of the most significant cultural figures of the 20th century.

Over a four-decade career, his contributions to music, dance, fashion, and generosity, along with his publicized personal life, made him a global figure in popular culture.

He inspired artists across many genres, and through stage and video performances, popularized complicated dance moves such as the moonwalk, to which he gave the name, and the robot. He is the most awarded music artist in history. On June 25 2009, he died of cardiac arrest.

Edward Christopher Sheeran was born on 17 February 1991. He is an English singer, lyricist, record producer, composer, actor, and businessman. Sheeran has sold more than 150 million records globally, making him one of the world’s best-selling music artists.

He is one of the best male pop singers. In December 2019, the Official Charts Company named him an artist of the decade, with the most combined success in the UK album and singles charts in the 2010s.

Justin Drew Bieber was born on March 1, 1994. He is a Canadian singer. He was recognised by American record executive Scooter Braun and signed with RBMG Records in 2008.

Often mentioned as the “Prince of Pop”, his versatile cross-genre approach towards music and showmanship has received critical acclaim and recognition. He is one of the famous pop male singers.

Charles Otto Puth Jr. was born on December 2, 1991. He is an American singer, songwriter, and record producer. Charlie initial exposure came through the viral success of his song videos uploaded to YouTube. He has over 18.2 million subscribers on youtube. You can listen to his latest song here:

Peter Gene Hernandez was born on October 8, 1985, popularly known as Bruno Mars. He is an American singer, songwriter, record producer, musician, and dancer. He has over 32.2 million subscribers on youtube. Bruno is known for performing in various musical styles, including pop, R&B, funk, soul, reggae, hip hop, disco and rock.

Shawn Peter Raul Mendes was born on August 8 1998, and he is a Canadian singer and songwriter. Shawn gained a following in 2013, posting song covers on the video-sharing application Vine. Handwritten debuted atop the US Billboard 200, making Mendes one of five artists ever to debut at number one before 18. The single “Stitches” reached number one in the UK and the top 10 in the US and Canada.

Austin Richard Post was born on July 4, 1995, popularly known as Post Malone. He is an American rapper, singer, songwriter, record producer, and actor. Malone has gained acclaim for blending various genres, including hip hop, R&B, pop, trap, rap-rock, and cloud rap. He first attained recognition in 2015 following the release of his debut single “White Iverson”. He consequently signed a recording contract with Republic Records. Malone has over 22.1 M subs. He is one of the famous pop male singers.

Nicholas Jerry Jonas was born on September 16, 1992. He is an American singer, songwriter and actor. Jonas began acting in theatre at the age of seven. He released his debut single in 2002, which got the attention of Columbia Records, where Jonas formed a band with his older brothers, Joe and Kevin, known as the Jonas Brothers.

Zain Javadd Malik was born on 12 January 1993, popularly known as Zayn. He is an English singer and songwriter. Born and raised in Bradford, Malik auditioned as a solo contestant for the British music competition The X Factor in 2010.

After being rejected as a solo performer, Malik was brought back into the contest and four other contestants to form the boy band One Direction, which became one of the best-selling boy bands of all time.

Malik left the group in March 2015 and afterwards signed a solo recording contract with RCA Records. Zyan is one of the best male pop singers.

Aubrey Drake Graham was born on October 24, 1986. He is a Canadian rapper, singer, songwriter, actor, producer, and entrepreneur.

Drake released his debut mixtape Room for Improvement in 2006; pursuing a career in music, he released the mixtapes Comeback Season (2007) and So Far Gone (2009) before signing with Young Money Entertainment.

Drake released his debut studio album Thank Me Later in 2010, which debuted at number one on the US Billboard 200.