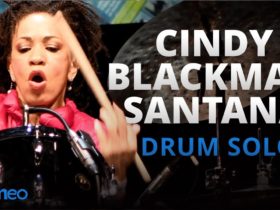 India has witnessed numerous warriors who fought for their land. They never gave up and fought courageously. Do you wanna know about the fierce warriors of India? Here we have prepared a list of Indian Warrior. Let us consider them.

There have been various fighters in India. Be it the courageous Maharana Pratap, Chhatrapati Shivaji, Raja Raja Chola, or Rani LakshmiBai. They have shown the world that they can do anything for their homeland. But never give up till their last breath.

Maharana Pratap is one of the greatest Indian warriors. He was born on 9 May 1540. He was the son of Mewar King Udai Singh and Jaiwanta Bai. Pratap was a Hindu Rajput and belongs to Sisodiya Clan.

Afterwards, Pratap used guerilla warfare tactics to win back Mewar. Then in the Battle of Dewar, Pratap occupied the Mughal post at Dewar. He also regained most of Mewar except its capital. In fact, He built a new capital Chavand. During his lifetime he never gave up in front of the Mughals.

Chhatrapati Shivaji is known as the “Father of the Navy”. He was one of the bravest Indian warriors. He was the ruler of the Bhosle Maratha Clan. Shahaji Bhosle and Jijabai were his parents. His grandfather was Maloji who got the Deshmukh rights and Shivneri Fort for residence.

In fact, Shivaji Bhosle I named Chhatrapati Shivaji for his courage and leadership. He wanted to lay the foundation of Swaraj. He has shown courageous acts at the age of 16. Shivaji took the Torna fort, Purandhar fort, and Kondhana as well.

Shivaji killed an Adilshahi General, Afzal Khan. He captured the Chakan fort too. He also attacked the Lal Mahal that’s why Shaista Khan left Pune. Then Shivaji started conquering forts from the Mughals. He ascended the throne of Swaraj.

Prithviraj expanded his empire from Thanesar in the north to Jahazpur in the south. He married princess Sanyogita, daughter of Kannauj King Jayachandra. Afterwards, He led the army of several Rajputs kings and defeated Mohammad Ghori in the First Battle of Terrain.

However, In the Second Battle of Terrain, Ghori defeated Prithviraj. Ghori captured Prithviraj and other fighters. As per the historical facts, Ghori destroyed his eyes. Even after that, Prithviraj killed Ghori with the skill of Shabd bhedi archery.

Chandragupta Maurya is one of the greatest Indian warriors. He was the founder of the Maurya Empire. The ruler of Magadha was Dhanananda at that time.

Kautilya was a great ally to Chandragupta. He was his mentor and guided him in taking important decisions. Kautilya has the goal of maintaining order and keeping the invaders away from the land through his policies.

Emperor Ashoka or Ashoka the Great was a renowned Indian Warrior. He was the emperor of the Maurya dynasty. He was the son of Bindusara and the grandson of Chandragupta.

Ashoka expanded the Maurya Empire from the west (now Afghanistan) to the east( now Bangladesh). The capital of the empire was Patliputra(Patna). You know what after the war of Kalinga, Ashoka gets upset to see immense bloodshed and destruction. He was converted to Buddhism.

Moreover, the emblem Republic of India is adapted from the Lion Capital of India. He wrote numerous inscriptions. The inscriptions centred on the dhamma the set of edicts. He started promoting Buddhism to reduce war and destruction.

Chandragupta II aka Vikramaditya is one of the popular Indian warriors. He became the ruler of the Gupta dynasty after her father Samudragupta. His grandfather was Chandragupta I.

In fact, Vikramaditya extended the empire from the Indus river in the west to Bengal part in the east. He also expanded the dynasty from the Himalayan foothills to the Narmada River in the south. It is believed that the renowned poet Kalidasa was probably his court poet.

Vikramaditya defeated Sakas and that’s why known as Sakari. He also made alliances with other powerful empires. He married Princess Kubernaga from Naga Dynasty. Other alliances took place at times.

Bajirao Ballal or Bajirao I is a valiant Indian warrior. He was the seventh Peshwa of the Maratha dynasty. Bajirao used to assist his father in military campaigns at an early age.

Moreover, Bajirao became ruler at a young age which cause senior officials jealous of him. He promoted young men as commanders who were not Deshmukh. This also causes trouble for him. Despite all this, He extended the Maratha empire to Malwa, Bundelkhand, Bengal, and Gujarat.

He also captured Ghodbunder Fort and Vasai in the Battle of Vasai. He observed the weakness of the Mughals and wanted to take advantage of it. Bajirao was surely a courageous fighter. defeated Nizam-ul-Mulk in the Battle of Palkhed.

Rani Lakshmibai was born on 19 Nov 1828 in Varanasi. Her father Moropant Tambe worked for Bajirao II of the Bithoor district. She was educated at home. Her skills include horsemanship, shooting, and mallakambha. Her mother died when she was only four years old.

In fact, Lakshmibai is one of the renowned leaders in the Indian Rebellion of 1857. She was married to Gangadhar Rao, the Maharaja of Jhansi. Their son died after four months. Then they adopted a child Anand Rao. After the death of Gangadhar Rao, the British East India Company applied the Doctrine of Lapse. Laksmibai didn’t accept that.

In 1857, the Indian Rebellion began from Meerut. Laksmibai raised an army to fight against the British force. When they laid siege to her kingdom, she defended Jhansi. Afterwards, she escaped with her son from the fort and joined Tatya Tope’s rebel forces. Lakshmibai fought fiercely till her last breath and never surrendered to the Britishers.

Tiger of Mysore, Tipu Sultan is a popular Indian Warrior. He was the ruler of the Kingdom of Mysore. His father Hyder Ali was commander-in-chief of the Mysore Army. His mother was Fatima Fakhr-un-Nisa.

Sultan learned shooting, military tactics, swordsmanship, riding, and Koranic studies. Significantly, He can speak multiple languages like Urdu, Arabic, and Persian. He applied his military tactics at the age of 15 in the Malabar invasion. Afterwards, Sultan became his father’s right hand in the battles.

Moreover, Sultan was a pioneer of Rocket Artillery. He deployed the rockets during the Battle of Pollilur, the Anglo-Mysore Wars, and the Siege of Seringapatnam. He won the Second Anglo-Mysore War. But his last battle was Fourth Anglo-Mysore War, he died while defending the Seringaptam.

Rajaraja I was one of the greatest warriors. His real name was Arulmoli Varman. He was the ruler of the Chola dynasty. His parents were Parantaka II and Vanavan Mahadevi.

When he inherited the throne of the Chola dynasty, its boundaries were Thanjavur-Tiruchirapalli. Afterwards, Rajaraja turned it into a vast empire with a strong navy and army. He expanded the empire from the Chera country, the Pandya country, Srilanka, and Lakshadweep.

Rajaraja won the Battle of Kandalur Salai. He defeated Pandyas and the country came to be known as Rajaraja Mandalam. He got the title of Mummudi Chola after conquering the countries of Pandyas, Cholas, and Cheras.

Akbar was the third emperor of the Mughal empire. He was the son Humayun. Akbar succeeded him at the early age of 13. He established a centralized system of administration.

Interestingly, Akbar was fond of literature, art, and culture. He created a library of 24,000 volumes written in Arabic, Sanskrit, Urdu, Persian, Kashmiri, etc. He expanded the Mughal empire to include Gujarat, Kabul, Malwa, Bengal, Kadesh, and Kashmir.

Maharaja Ranjit Singh is a courageous Indian warrior known as the Lion of Punjab. He was the first Maharaja of the Sikh Empire. He lost his left eye due to smallpox.

Maharaja ascends the throne at an early age after his father’s death. His reign introduced modernization, reforms, and investment into infrastructure and general prosperity.

In fact, His army included Hindus, Sikhs, and Muslims as well. Ranjit Singh captured Lahore and become the governor of the city. Afterwards, he proclaimed himself Maharaja of Punjab. Then he captured Amritsar also. He defeated Afghans in the Battle of Attock. Throughout his reign, he fought many deadly battles. He deserves to be called the Sher-e-Punjab.