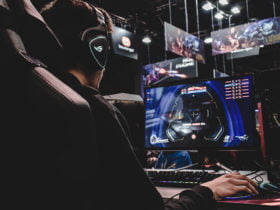 Here we go guys, In this article, we will be looking for the best anime villains of all time.

Anime villains are always a classic. Whether you love or hate them, they are the perfect way to add a dark and scary theme to your anime. In most animes, the villain is the most exciting or interesting character. A lot of these villains will have unique powers, backstories, and tragic pasts.

The most famous anime villain is probably Sepiroth from Final Fantasy VII. He’s a powerful warlord with a huge ego who wants to take over the world. Sepiroth is also one of the most well-known anime villains.

The Anti-Spiral is the major villain of the 2007 original anime series Tengen Toppa Gurren Lagann. He generally speaks in a very unconsolidated, cold, emotionless tone, as fitting for someone who proclaims to have exceeded emotion. Via its power, the Anti-Spiral is able to gather diverse mechas and warships. Also, he is able to alter the probability of something happening.

Kumagawa is an enemy and villain from the anime series, Medaka Box. He emerges in Chapter 55 of the manga and episode 11 of the second season of Medaka Box: Medaka Box Abnormal. His better-known character Minus permits him to obliterate anything from existence. Kumagawa’s weapons of choice, are giant screws that he makes appear out of nowhere and can throw with masterful precision. One of the most powerful anime villains of all time.

Fiamma of the Right is one of the most powerful villains ever. He was the head of God’s Right Seat, the most powerful group inside the Roman Catholic Church. He is an arrogant, self-centered, and acerbic person who is delusional in his beliefs that what he does is for the tremendous good even if it means warping the world and creating another world war. Fiamma is a reclusive and isolated man focused more on his plans than others.

Tiamat aka Beast II is the main antagonist in Fate/Grand Order, being the Primordial Mother of Gods and the Earth Goddess of Babylonian mythology. She is one of the Beast-class helpers from the Evils of Humanity. Also, she is the Second Beast, whose evil is Regression. One of the most powerful anime villains of all time.

Father aka Homunculus is one of the powerful villains in the Fullmetal Alchemist manga series and its second anime adaptation Fullmetal Alchemist: Brotherhood. Father’s basic power is his apparently inexhaustible knowledge. He came to the world learning already every existing concept. Father is an extremely powerful being, whose mastery of alchemy dwarfs that of the best practitioners to a huge extent.

READ MORE – 12 Most Powerful Akatsuki Members Of All Time

Vicious is the major enemy of the anime series Cowboy Bebop. He is the head of the Red Dragon Crime Syndicate in Tharsis, and is often directed to or portrayed as a venomous snake. Vicious is a wily strategist and manipulator. His strength, speed, and reflexes are at peak physical training. Also, he is a highly skilled swordsman, particularly in Iaijutsu and Kenjutsu. One of the most powerful anime villains of all time.

Sōsuke Aizen is the major antagonist & villain of the anime series Bleach, a supporting villainous character in the final arc, where he helps Ichigo stop Yhwach. Aizen is totally calm and cold, having a very polite and knowledgeable manner about him and infrequently showing any signs of alarm. One of the most powerful anime villains of all time. He is well-versed in the history, strategy, and tactics of Soul Society.

Zamasu is the Supreme Kai apprentice serving the Supreme Kai of Universe 10, Gowasu. Commonly, Zamasu is shown to be a very calm and methodical person, as shown in combat when carefully perceiving his opponent’s attack style and seamlessly countering in a fluid manner.

Fused Zamasu is one of the most powerful fusions in the series alongside Vegito, Kefla, and Gogeta, possessing the combined powers of Goku Black and Future Zamasu.

Askeladd is the central enemy of the Vinland Saga series. He is the chief of a Viking pirate and mercenary band who killed Thorfinn’s father, Thors, with shady tactics after losing to him in a duel. One of the most powerful anime villains of all time.

Diavolo is one of the main enemies of JoJo’s Bizarre Adventure: Golden Wind. Diavolo’s Stand, King Crimson, has the ability to “erase” time. To facilitate it, he triggers his power, which lasts for ten seconds. During this time, Diavolo evolves totally immaterial. Proud, obsessional, brutal, and risky, Diavolo’s psychopathic character makes for an effortlessly intimidating nature.

Hao Asakura is a shaman, who is bound to wipe out humanity, reborn as his twin brother and the major villain of Shaman King 2001 and its reboot in 2021. Hao is a mighty shaman, including a furyoku level of 1,250,000. His shamanic wisdom has dragged on into each of his reincarnations and thus he knows many techniques.