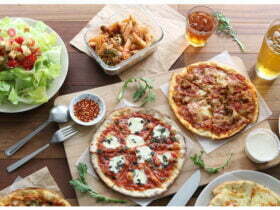 20 Most Famous Fast-Food Chains in America

Here we go guys, In this article, we are presenting you the most popular Black Anime Characters list of all time. Before scrolling down to the list below, I hope you must know about anime characters, by the way, they all are frictional characters with lots of power.

As you all know, an Anime character is a computer-animated character originating from Japan. Also, The anime industry consists of over 430 production companies, including major studios like Studio Ghibli, Sunrise, and Toei Animation.

35 Most Popular Black Anime Characters Ever

Killer B is the host of Gyuki, The Eight-tailed demon Ox. He is also a major supporting character in the anime and manga Naruto Shippuden. He was a shinobi who trained Naruto and is partners with him while fighting Obito Uchiha.

Yoruichi Shihōin is the former captain of the 2nd Division of the Gotei 13, as well as the former commander of the Onmitsukidō. She is also a supporting character in the Bleach franchise.

Canary is an apprentice butler of the Zoldyck Family. Anyone attempting to pass her post on the estate will be expelled via force.

A is a supporting character in the Naruto series. He is the Fourth Raikage of the Hidden Cloud Village and the supreme leader of the Allied Shinobi Forces.

Afro Samurai is a Japanese seinen dōjinshi manga series written and illustrated by manga artist Takashi Okazaki. He is the most famous anime Fictional character ever.

Darui is a shinobi of Kumogakure and the right-hand-man of the Fourth Raikage, whom he later succeeds as the Fifth Raikage.

Kuzan(character name Aokiji) is a former Marine admiral and the first one to be revealed. He was nominated by Sengoku for the position of fleet admiral.

Tier Harribel is an Arrancar and the former Tres (3rd) Espada in Sōsuke Aizen’s army until the latter’s defeat. Sometime after Aizen’s defeat, she becomes the de facto ruler of Hueco Mundo.

Omoi is a shinobi from Kumogakure that serves as a close aid for the Fifth Raikage.

Michiko Malandro is one of the two titular main protagonists of the Michiko & Hatchin anime. A convict who fled from prison in search of Hatchin. Her motives as to why she abducted Hana is connected to her father Hiroshi Morenos.

Kaname Tōsen was the captain of the 9th Division of the Gotei 13 until he betrayed Soul Society, alongside Sōsuke Aizen and Gin Ichimaru.

Karui Akimichi is a member of Team Samui & a kunoichi from Kumogakure. She would later marry Chōji Akimichi and emigrate to Konohagakure, thus becoming a member of the Akimichi clan.

Sid Barrett is a three-star meister partner to Mira Naigus, instructor of Death Weapon Meister Academy, and a high-ranking member of the DWMA Central Intelligence Agency.

Before becoming a Números, Mila Rose was an Adjuchas Hollow which strongly resembles a lion. She, along with Sung-Sun, was part of Tier Harribel’s group before Sōsuke Aizen recruited them.

Kilik Rung is one of the supporting characters of Soul Eater. His weapon partners are Fire and Thunder.

Ken Takagi(hero name the Lock Hero: Rock Lock) is a Pro Hero. Rock Lock was hurt by Himiko Toga of the League of Villains, during the Shie Hassaikai Raid.

Ishizu Ishtar is a playable Legendary Duelist in Yu-Gi-Oh! Duel Links. This is a video game depiction of Ishizu Ishtar, a character from the Yu-Gi-Oh! anime.

Iris is an aspiring Dragon Master and a former traveling companion of Ash who debuted in In the Shadow of Zekrom.

Allura was the princess of the formerly-extinct Planet Altea. She assisted her father in his war council, commanded the Castle of Lions in the fight against Zarkon, and formerly piloted the Blue Lion until her death.

Ninja Ninja is one of the most mysterious characters of the series, as he is known to suddenly appear or disappear at particular moments almost as if he was always or was never there, be it during a battle Afro is caught in, or when Afro seems to be almost completely alone.

Villetta Nu is a character in Code Geass. She is an elite Knightmare Frame pilot and subordinate of Jeremiah Gottwald.

Seymon “Simon” Brezhnev is a supporting protagonist in the light novel and anime series Durarara!!. He is one of the owners of Russia Sushi.

Krone is also known as Sister Krone, she is a supporting character of The Promised Neverland series.

Atsuko Jackson is a policewoman who lived in the same orphanage as Michiko Malandro, who seems to have a score to settle with her.

Marik Ishtar is a character who appears in Yu-Gi-Oh! Duel Links. While he does have dialogue in the overworld, he does not appear as a duelist, though data shows he will appear as one in the near future.

Ogun is a Third Generation pyrokinetic, giving him the power to create and utilize his own flames.

Daz Bones is a former assassin from the criminal organization Baroque Works. Years before joining, he was once a bounty hunter in the West Blue.

Mahad aka Mahado in the manga, and in the Japanese version of the anime series. He is a minor character in Yu-Gi-Oh!. He is one of the priests who serve Yami Yugi.

Charon was a member of the White-Clad, that served as the Second Pillar’s guardian.

Mana is the childhood best friend of Yami Yugi/Atem, and she also studies magic under Mahad as his only apprentice. She truly shares a deep bond between her master and Yami Yugi.

Satoshi “Daddy” Batista An old friend of Hiroshi’s who assumed control of the gang “Monstro Preto”.

Domino Walker was a dealer of hallucinogenic mushrooms and bounty head. Walker grew his mushrooms on a ship. Among his buyers were Shaft and his older brother.

Anthy Himemiya is a mysterious girl who is said to have no thoughts or desires besides what her current master expects of her.