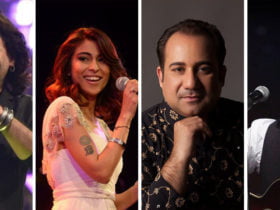 Here we go guys, In this article, we are presenting you the most Famous Personalities In The World which everyone wants to know about. A lot of people follow all these famous Personalities. All of them have worked very hard in their field.

After knowing all these people, you will definitely say that life is like this. This is the list of famous personalities in the world. 30 Big Fishes you definitely need to know.

Dwayne Douglas Johnson(best known by his ring name the Rock) is one of the greatest WWE players of all time, he is also known as an American actor, producer & businessman, born on born May 2, 1972.

His films have earns over $3.5 billion in NA and over $10.5 billion worldwide, which makes him one of the highest-paid actors in the world.

Nelson Rolihlahla Mandela was a South African anti-apartheid revolutionary, a philanthropist who served as President of South Africa from 1994 to 1999, born on 18 July 1918, & died on 5 December 2013.

He was the country’s first black head of state and the first elected in a fully representative democratic election. Also, he served as the president of the African National Congress (ANC) party from 1991 to 1997.

Joseph Robinette Biden is an American politician and marks the 46th president of the United States, born on November 20, 1942. He also served as the 47th vice president from 2009 to 2017 under Barack Obama and represented Delaware in the United States Senate from 1973 to 2009.

Elon Reeve Musk is one of the most famous entrepreneurs and business magnates, born on June 28, 1971. He is the richest person in the world as of September 2021.

He is the founder, CEO, and Chief Engineer at SpaceX, early-stage investor, CEO, and Product Architect of Tesla, Inc, founder of The Boring Company and co-founder of Neuralink and OpenAI.

His net worth is almost $200.1 billion as of September 2021, and second richest person in the world according to both Forbes and Bloomberg’s Billionaires Index.

In 2000, Bezos founded the aerospace manufacturer and sub-orbital spaceflight services company Blue Origin. One of the Famous Personalities In The World.

He was the main leader of India and He also employed nonviolent resistance to lead the successful campaign for India’s independence from British rule and in turn to inspire movements for civil rights and freedom across the world.

He is professionally known as a co-founder of Microsoft & held the positions of chairman, CEO, president and chief software architect at Microsoft.

He is considered one of the best-known entrepreneurs of the microcomputer revolution of the 1970s and 1980s.

Barack Hussein Obama II is an American politician, author, and retired attorney who served as the 44th president of the United States from 2009 to 2017, born on August 4, 1961.

A member of the Democratic Party, Obama was the first African-American president of the USA. One of the Famous Personalities In The World.

Narendra Damodardas Modi is an Indian politician serving as the 14th and current prime minister of India since 2014, born on 17 September 1950.

Previously Modi has been the chief minister of Gujarat from 2001 to 2014 and is the Member of Parliament from Varanasi.

Steven Paul Jobs was an American business magnate, industrial designer & investor, born on February 24, 1955, & died on October 5, 2011. He was the chairman, chief executive officer (CEO), and co-founder of Apple Inc.

Jobs is widely recognized as a pioneer of the personal computer revolution of the 1970s and 1980s, along with his early business partner and fellow Apple co-founder Steve Wozniak.

Justin Drew Bieber is one of the most known and famous young Canadian singers, born on March 1, 1994. He gain his popularity with the release of his debut seven-track EP My World in 2009.

His album, My World, features the internationally successful single “Baby”, which became one of the highest certified singles of all time in the US. One of the Famous Personalities In The World.

Cristiano Ronaldo is a professional footballer who plays as a forward for Premier League club Manchester United and captains the Portugal national team, born on 5 February 1985. He is one of the best players in the world,

He has won 32 major trophies in his career, including seven league titles, one UEFA European Championship, five UEFA Champions Leagues, and one UEFA Nations League.

Kylie Kristen Jenner is an American media personality, socialite, model, and businesswoman, born on August 10, 1997. She starred in the E! reality television series Keeping Up with the Kardashians from 2007 to 2021 and is the founder and owner of cosmetic company Kylie Cosmetics.

According to Forbes, in 2019, Jenner’s net worth was estimated at US$1 billion, making her, at age 21, the world’s youngest self-made billionaire as of March 2019.

Donald John Trump is an American politician, media personality, and businessman who served as the 45th president of the United States from 2017 to 2021, born on June 14, 1946.

Warren Edward Buffett is an American businessman, & investor, born on August 30, 1930. He marks as one of the most successful investors in the world and has a net worth of over $101.1 billion as of October 2021, making him the world’s tenth-wealthiest person. He is currently the chairman and CEO of Berkshire Hathaway.

Selena Marie Gomez is an American singer and actress, born on July 22, 1992. She began her acting career on the children’s television series Barney & Friends (2002–2004). She released three albums with her former band, Selena Gomez & the Scene, all of which reached the top ten of the US Billboard 200.

As of 2017, Gomez has sold over seven million albums and 22 million singles worldwide according to Billboard. Also, She is one of the most-followed artists on Instagram. One of the Famous Personalities In The World.

Hillary Diane Rodham Clinton is an American politician and public speaker who served as the 67th United States secretary of state from 2009 to 2013, as a United States senator from New York from 2001 to 2009, and as the first lady of the United States from 1993 to 2001 as the wife of President Bill Clinton.

As a member of the Democratic Party, she was the party’s nominee for president in the 2016 presidential election, becoming the first woman to win a presidential nomination by a major U.S. political party.

Virat Kohli is an Indian cricketer, born on 5 November 1988. He is widely considered one of the best batsmen in the world. He plays for Royal Challengers Bangalore in the Indian Premier League (IPL) as the right-handed batsman, & also captained India Under-19s to victory at the 2008 Under-19 World Cup in Malaysia.

Grande began her music career at age 15 in the 2008 Broadway musical 13. She continued to explore pop and R&B in her second and third studio albums, My Everything (2014) and Dangerous Woman (2016).

Mark Elliot Zuckerberg is an American internet entrepreneur, and philanthropist. He is known for co-founding Facebook and serves as its chairman, CEO and controlling shareholder, born on May 14, 1984.

Mukesh Dhirubhai Ambani is an Indian billionaire businessman, and the chairman of Reliance Industries Ltd. (RIL), a Fortune Global 500 company and India’s most valuable company by market value, born on 19 April 1957.

Leo Messi(real name Lionel Andrés Messi) is an Argentine professional footballer who plays as a forward for Ligue 1 club Paris Saint-Germain and captains the Argentina national team, born on 24 June 1987. He is one of the best football players in the world.

Taylor Alison Swift is an American singer-songwriter, born on December 13, 1989. At the age of 14, she become a country music singer, signing a songwriting deal with Sony/ATV Music Publishing in 2004 and a recording deal with Big Machine Records in 2005.

Jack Ma Yun is a Chinese business magnate, investor and philanthropist, born on 10 September 1964. He is the co-founder and former executive chairman of Alibaba Group.

In 2017, Ma was ranked second in the annual “World’s 50 Greatest Leaders” list by Fortune. In 2019, Forbes named Ma in its list of “Asia’s 2019 Heroes of Philanthropy” for his work supporting underprivileged communities in China, Africa, Australia, and the Middle East.

Kim Kardashian is an American media personality, model, and businesswoman, born on October 21, 1980. She was reported to be the highest-paid reality television personality of 2015, with her estimated total earnings exceeding US$53 million.

Neymar(real name Neymar da Silva Santos Júnior) is a Brazilian professional footballer who plays as a forward for Ligue 1 club Paris Saint-Germain and the Brazil national team. He is widely regarded as one of the best players in the world. One of the Famous Personalities In The World.

Cardi B(real name Belcalis Marlenis Almánzar) is an American rapper, born on October 11, 1992, and raised in New York City. She also has the most-streamed female rap album and is the first lead artist to top the inaugural Billboard Global 200.

Cardi B is known for her aggressive flow and candid lyrics, which have received critical praise. She is the highest certified female rapper of all time on the RIAA’s Top Artists (Digital Singles) ranking.

Beyoncé is an American singer, songwriter, and actress, born on September 4, 1981. She performed in various singing and dancing competitions as a child. She is one of the world’s best-selling recording artists, having sold 118 million records worldwide.

Robert John Downey Jr. is an American actor and producer, born on April 4, 1965. He gained global popularity for starring as Tony Stark / Iron Man in ten films within the Marvel Cinematic Universe, beginning with Iron Man (2008). One of the Famous Personalities In The World.

Robyn Rihanna Fenty is a Barbadian singer, fashion designer, and businesswoman, born on February 20, 1988. She was discovered by American record producer Evan Rogers who invited her to the United States to record demo tapes.

After signing with Def Jam in 2005, she soon gained recognition with the release of her first two studio albums, Music of the Sun (2005) and A Girl like Me (2006)