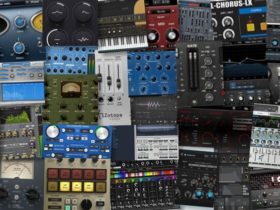 Hello guys, In this article, I am going to present you the best Vampire Anime you must watch. Many people have been intrigued by the concept of vampires in their own lives and have enjoyed stories about them. A new trend in the anime industry is to create vampire anime series that have the same dark themes that people enjoy about the genre.

Anime is a type of animation originating in Japan. This style of animation is typically characterized by vibrant colors, a very distinct artistic style, and an emphasis on “moe”, or character cuteness. However, anime isn’t always just a harmless cartoon. Sometimes, creators take.

12 Best Vampire Anime You Must Watch

Hellsing is a Vampire Japanese series written by Kouta Hirano. The series chronicles the efforts of the weird and secret Hellsing Organization as it combats vampires, ghouls, and other supernatural foes who threaten England. It serialized in Young King OURs from May 1997 to September 2008.

Kizumonogatari Aka Wound Story is a Vampire anime film trilogy directed by Akiyuki Shinbo and Tatsuya Oishi. One of the Best Vampire Anime must watch. The movie has three sequels:

Blood Blockade Battlefront, an anime series written by Yasuhiro Nightow. It revolves around a young photographer, Leonardo Watch, who gets ‘the All-Seeing Eyes of the Gods’ at the cost of his sister’s eyesight. After the incident, Leonardo transfers to the city of Hellsalem’s Lot to join an organization known as Libra to fight several monsters as well as terrorists.

Shiki is a horror novel & a manga series adapting the story, drawn by Ryu Fujisaki, serialized in the Japanese monthly magazine Jump SQ. A series of dreadful deaths start to spread in the village. One of the Best Vampire Anime must watch.

JoJo’s Bizarre Adventure series is divided into nine-story arcs, each following a new protagonist bearing the “JoJo” nickname. One of the Best Vampire Anime must watch.

The galaxy of JoJo’s Bizarre Adventure is a consideration of the real world with the added existence of mystical forces and beings. In this setting, some people are competent in transforming their inner spiritual power into a Stand another consequential form of energy is Hamon, a martial arts style that allows its user to focus physical energy into sunlight via controlled breathing.

The series plot allegedly comes to an end at the hands of a “human-made” virus, destroying the global people and leaving only kids under the age of thirteen. It is at this time that vampires appear from the recesses of the planet, probably followed by age-old horrors of the dark view only to be a myth.

A young man named Yūichirō Hyakuya enters a vampire extermination unit to avenge the deaths of his orphaned family and reclaim his childhood best friend Mikaela from the vampires.

Vampire Knight is one of the popular vampire manga series written by Matsuri Hino. Its chapters collected in nineteen tankōbon volumes. In the series, Yuki’s earliest memory is of a nasty night in winter, where she was attacked by a rogue vampire and saved by Kaname Kuran, a Pureblood vampire. One of the Best Vampire Anime must watch.

8 – The Case Study of Vanitas

The Case Study of Vanitas, an anime series written by Jun Mochizuki & serialized in Square Enix’s shōnen manga magazine Monthly Gangan Joker since December 2015. One of the Best Vampire Anime must watch. The story concentrates on the young Vanitas who owns the grimoire called The Book of Vanitas and utilizes it to heal cursed vampires.

In the middle of the night, Charlotte Elbourne is abducted from her home by Baron Meier Link(a vampire nobleman). Several days later, Charlotte’s wealthy and wheelchair-bounded father John hires D to find her and rescue her, dead or alive. He offers D a large reward, then doubles it at D’s request.

Blood Lad anime vampire series written by Yuuki Kodama and serialized in Young Ace. It follows Staz, a vampire from the surreal Demon World, who meets Fuyumi Yanagi, an ordinary Japanese high school girl who accidentally wanders into the Demon World via a portal. One of the Best Vampire Anime must watch.

Princess Resurrection is anime series written by Yasunori Mitsunaga. In the series, Hiro Hiyorimi becomes the servant of a princess of the monster kingdom.

The story follows Hiro helping Hime fend off her siblings’ supernatural assassins as they joined by a half-werewolf and the vampire Reiri, Hime’s younger sister Sherwood with her android bodyguard Francisca as their neighbors.

Trinity Blood is a vampire series of light novels written by Sunao Yoshida. The series focuses on the ongoing cold war between the Vatican, the human government, and the “New Human Empire”, the government of the vampiric Methuselah.