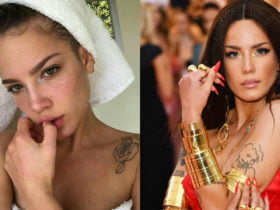 Today in this post, we are going to discuss renowned British actors. They have been an integral part of the industry. Have you ever noticed something about them? Let me tell you that English actors are always keener to transform themselves for a particular role. They have made special places in our hearts.

Here we have compiled a list of the Most Popular British Actors of all Time. It is not possible to put on each and every actor on the list, because if we do so the list will become too large. Hence, we have added the 15 most popular names. Let’s check out the list given below:

READ MORE- 10 Most Popular Mexican Actors Of All Time

Tom Hardy is one of the most popular British actors. His original name is Edward Thomas Hardy. He studied acting at the “Drama Centre London“. He is also a screenwriter and producer as well.

Hardy is famous for his roles in movies like Bronson, RocknRolla, Star Trek: Nemesis, Lawless, and Venom. He also appeared in various television series including Band of Brothers, Wuthering Heights, and Peaky Blinders.

Idrissa Akuna Elba aka Idris Elba is a renowned British actor. He gained a place in National Youth Music Theatre. He made his acting debut with the TV program Crimewatch.

In fact, Elba is a multi-talented person, he is also a rapper, DJ, producer, and singer. He landed roles in the movies like Obsessed, Thor, Zootopia, The suicide Squad, etc. In 2016, Queen Elizabeth II awarded him the OBE(Officer of the Order of the British Empire).

Christian Bale is a British actor born in Wales but raised in England. At the age of 13, he had his breakthrough role in the movie Empire of the Sun. He is best known for his roles in American Psycho, The Machinist, and Dark Knight.

In 2014, Forbes magazine ranked Christian Bale as one of the highest-paid actors. His fans love the way he transforms himself for different roles, be it bodyweight or looks. He wants to do everything to fit into the character.

How could we resist adding Ian McKellen to this list? Ian McKellen is one of the most influential British actors. He was born on 25 May 1939 in Burnley, UK. He has won various awards throughout his long acting career that spans seven decades.

Moreover, McKellen was awarded the Freedom of the City of London in the year 2014. He appeared in numerous movies, TV series, shows, and dramas. Apart from winning Tony awards, Primetime Emmy awards, and Laurence Olivier awards, he won some honorary awards too.

Tom Hiddleston aka Thomas William Hiddleston is a British actor born in London. He made his debut with the film Unrelated. He is best known for portraying impressive roles in Loki(Disney+) and Thor(MCU).

In fact, Hiddleston narrated the audiobook The Red Necklace(Sally Gardener). In 2017, he appeared on Debrett’s list of the most influential people in the United Kingdom.

Chiwetel Ejiofor is a famous British actor. He was born on 10 July 1977 to Igbo descent parents in London. He started his acting career with the TV movie Deadly Voyage.

Benedict Cumberbatch is a British actor born in Hammersmith, London. His original name is Benedict Timothy Carlton Cumberbatch. He got his Master’s degree in Classical Acting at the renowned London Academy of Music and Dramatic Arts.

Indeed, Cumberbatch ranked fifth in the Most Fascinating People in Britain list of Tatler magazine in 2013. Not only this, he ranked #1 on Empire magazine’s 100 Sexiest Movie Stars in the same year. He appeared in the movies like Star Trek Into Darkness, 12 Years a Slave,

Huge John Mungo Grant is one of the most popular British actors. He was born on 9 September 1960 in Hammersmith, London. He made his acting debut with the film Privileged.

Grant has been a romantic, hot hero in several movies. Some of his best works include Maurice, Night Train to Venice, Cloud Atlas, The Gentleman, etc. Recently, Time Magazine listed him as one of Britain’s Greatest Actors of all time in 2022.

Here is the dashing actor “Superman” of DC Comics on the list. Undoubtedly, Henry Cavill looks hot with his attractive physique and hypnotic eyes. He started his acting career with the movie Laguna. Afterward, he appeared in various television series.

Moreover, Cavill is best known for his roles in the films Stardust, Man of Steel, Justice League, Batman Vs Superman, Black Adam, Night Hunter, and Immortals.

Robert Pattinson is an English actor born on 13 May 1986 in London. He began his acting career by portraying the role of Cedric Diggory in the film “Harry Potter and the Goblet of Fire”.

In fact, he got famous for his role as Edward Cullen in The Twilight Saga movie series. He also appeared in some prominent movies like Cosmopolis, High Life, Tenet, Remember Me, The Lost City of Z, The Batman, etc.

Sir Philip Anthony Hopkins is a prominent actor, producer, and director. He was born on 31 December 1937. He graduated from the Royal Welsh College of Music and Drama. After that, he trained at the Royal Academy of Dramatic Art, London.

Hopkins received numerous accolades for his contribution to the industry. Some of the prestigious awards include the British Academy Film Awards, Primetime Emmy Awards, BAFTA Fellowship, etc. He also received a star on the Hollywood Walk of Fame.

Daniel Day-Lewis is a retired actor born on 29 April 1957. He is one of the most influential British actors. His maternal grandfather was Michael Balcon who was one of the big guns in British cinema. He made his acting debut with the film Sunday Bloody Sunday.

Further, People magazine ranked him as one of the 50 Most Beautiful People in the World. He has won several awards including the British Academy Film Awards, Golden Globe Awards, Screen Actors Guild Awards, and a knighthood for his contribution.

Gary Leonard Oldman is a renowned British actor. He was born on 21 March 1958 in London. His films made him one of the highest-grossing actors of all time. He started his acting career by landing roles in plays.

Oldman made his debut with the film Remembrance. He portrayed the role of antagonist in the movies The Fifth Element, The Contender, True Romance, and Air Force One. He is also a filmmaker and directed the award-winning film Nil By Mouth.

Tom Holland is a British Actor born on 1 June 1996 in London. He is considered one of the most famous actors of his generation. At this young age, he has won various accolades, holds a Guinness World Record, and appeared on Forbes 30 under 30 Europe list.

Holland made his acting debut with the film The Impossible. It premiered at the Toronto International Film Festival. He got critical praise for his performance. His breakthrough role as teenage Spider-Man brought him international success.

Nicholas Hoult is one of the famous English actors. He was interested in acting since childhood and got his first role in the play The Caucasian Chalk Circle. At the age of five, he starred in the film Intimate Relations. He made his Hollywood debut with the movie The Weather Man.

Clash of the Titans was his first action movie released in 2010. Some of his best movies include A Single Man, The Banker, The Favourite, X-Men: Days of Future Past, Mad Max: Fury Road and Collide.