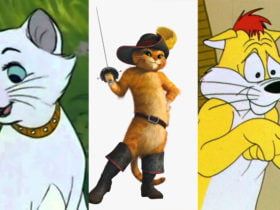 The Mummy of Ankha was the disguise of Dr. Najib. The Mummy of Ankha is the famous villain of Scooby-Doo, Where Are You? the episode, “Scooby-Doo and a Mummy, Too”. The mummy was hostile and short-tempered. One of the Evil Scooby Doo Villains Of All Time. It did not speak much, communicating mostly in ghostly moans and groans.

The Ghost of Mr. Hyde was the disguise of Dr. Jekyll, who used it to cover up his jewel thefts. He had a sinister personality, often laughing maniacally when things were going his way.

The Spooky Space Kook was the disguise of Henry Bascomb. It tried to scare off snoopers with its high-pitched laugh. The Space Kook left glowing footprints and fingerprints that dissipate after an undetermined time. One of the Evil Scooby Doo Villains Of All Time.

The Snow Ghost is the disguise of Mr. Greenway. He was able to ‘fly’ because of transparent skis that were hard to spot at night. The ghost also seemed to be extremely powerful.

The Phantom Shadow aka Green Ghosts were the disguises of Cosgood Creeps and Cuthbert Crawls. They had a habit of laughing in a sinister way to scare Scooby-Doo and the gang. One of the Evil Scooby Doo Villains Of All Time. Also, They wore gloves, with long, curved fingers.

The Ghost of Gator Ghoul was believed to haunt the Hokeyfenokee Swamp, but it was really Alice Dovely in disguise. It had a habit of growling and hissing to scare away the Scooby gang.

The Ghost of Captain Cutler was the alleged return of Captain Cutler. In reality, he faked his death so that he could steal yachts around Rocky Point Beach. One of the Evil Scooby Doo Villains Of All Time. He left glowing footprints wherever he went, as a result of the glowing seaweed.

The Headless Specter was the disguise of Penrod Stillwell. He had an eerie laugh as he chased people around.

The Tar Monster was the disguise of Mr. Stoner. He basically just growled and roared as he chased after any intruders. The original version only had the ability to swim through tar, which was because it had a diving suit underneath.

The 10,000 Volt Ghost was the disguise of Mr. Voltner, who faked his death and pretended to be his own ghost in order to scare people out of Winterhaven. He had a powerful electrical field around him that he could apparently regulate. He is a pear-shaped, orange electrical mass with two arms and two legs.