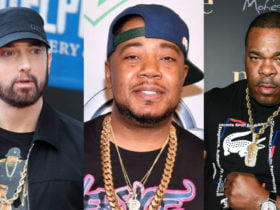 Here we go guys, In this article, we are presenting you the Most Famous Dragons You Probably Don’t Know. Some are known for their power, tor some for their unbelievable recognition and belief in people. So, today we are here with a list of the most famous dragons, you probably didn’t know.

Blue-Eyes White Dragon was Kisara’s monster ka spirit in Yu-Gi-Oh! Kisara, who had the power of the white dragon, & saved by Priest Seth from a mob of peasants who attempted to murder her because they believed she cursed. Seto’s father eventually murdered her, and her power gave to the Blue-Eyes White Dragon.

Maleficent, the antagonist and self-proclaimed “Mistress of All Evil,” transforms into a dragon in the original 1959 Disney animated feature film Sleeping Beauty. Aurora’s true love Prince Phillip’s Sword of Truth enchanted by the three good fairies, and he throws it into the dragon’s heart, killing her.

Mushu, unlike the other dragons on this list, is not a huge or strong dragon. He is the antagonist’s friend, guardian, and guide in Disney’s 1998 animated feature film Mulan. He used to be Mulan’s family’s guardian spirit, but after failing to prevent a family member from having his head chopped. Mulan’s ancestors did not see Mushu as a “genuine dragon.”

King Ghidorah is one of the most well-known enemies that Godzilla has had to deal with. The monster was originally an alien planet-killing dragon that first appeared in Toho’s 1964 film Ghidorah, the Three-Headed Monster. It was a genetically monster from the future at the time, and afterward an old Japanese protector.

6. Toothless in How to Train Your Dragon

Hiccup Horrendous Haddock III, the protagonist of How to Train Your Dragon, has a Night Fury dragon named Toothless. A Night Fury is one of the rarest dragon species, if not the rarest, and can reach speeds exceeding one hundred miles per hour. In the first film, Toothless shot down by Hiccup during a dragon raid, but the two later became closest friends.

5. Smaug in The Hobbit & Lord of the Rings

Smaug is a fire drake that is said to be the last “great” dragon to live in Middle-earth (another term for a fire-breathing dragon.) He enamored with the wealth amassed by the Dwarves of the Lonely Mountain during King Thror’s reign, and he hoarded the treasures for over 200 years.

4. Haku in Spirited Away

Yubaba’s trainee and second-in-command at the Bathhouse is Nigihayami Kohakunushi, better known as Haku. Since he is the spirit of the Kohaku River, he appears to be much older than he appears to be. He can change into a silver flying dragon with a serpentine body, deer-like antlers, whiskers, and a dog-like face.

3. Viserion in Game of Thrones

Viserion was one of the three dragons born in the Dothraki Sea, with Drogon and Rhaegal, and named after Daenerys Targaryen’s older brother, Viserys.

Dragonite is the most well-known genuine dragon-type Pokemon, while not being as well-known as the “flying lizard”-type Pokemon Charizard or the serpentine Chinese dragon-like Pokemon Gyarados. It is distinct from its pre-evolved sea serpent-like forms, Dratini and Dragonair.

Shenron is one of the most worldwide famous Dragons of today, as one of, if not the most, influential anime series in the world. He is the “Eternal Dragon” and the “Dragon God” in early English dubs, which is called when all seven dragon balls of Earth are gathered to grant the gatherer’s wishes.