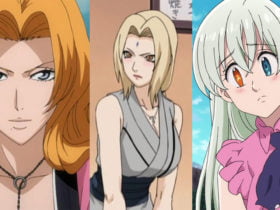 So, who is the most powerful Jedi in star wars? Obtaining the title of Jedi Knight or even Jedi Master isn’t always an accurate indicator of aptitude or Force connection. Even as a padawan learner, a person’s inherent aptitude for drawing on the energy of their environment, as well as their martial prowess, can be a predictor of the strong Jedi they will become.

The legendary reputation of the galaxy’s most renowned Jedi may have been anticipated by their ability as an apprentice, when they demonstrated powers much beyond their classmates, such as Count Dooku. Even those padawans who didn’t get official Jedi training until they were older, like Anakin Skywalker, showed extraordinary promise. The natural potential has to be paired with the available guidance in the case of kids like Rey.

So, here comes the list of the 10 most powerful Jedi in star wars.

Obi-Wan Kenobi showed potential as a padawan as a young man because of his mix of practicality and curiosity, learning to be conscious of the Living Force without sacrificing the present moment. He was able to safely remove Queen Amidala from her home planet of Naboo with the help of his master Qui-Gon Jinn and give her security until she arrived at the Senate.

Qui-Gon Jinn, a student of the Living Force, had a natural ability to interact with the Force in a symbiotic fashion throughout his early years. Jinn has been open about his fear of failure since the beginning, and by being aware of his apparent flaws, he has been able to overcome them, even if it has put him at odds with the Jedi Council. One of the most powerful Jedi in Star Wars.

Rey became Jedi Master Luke Skywalker’s unconventional pupil after tracking him down on the isolated world of Ahch-To and persuading him to train her despite his vow not to take another apprentice after his nephew went to the Dark Side. The scavenger had a strange connection to the Force, and he was able to assist her to refine her basic abilities.

Ahsoka Tano, Anakin Skywalker’s student, got unconventional instruction from one of the order’s most powerful – and dangerous – Jedi. Despite his reputation, she flourished under Skywalker’s instruction, assisting him in resolving political conflicts, defeating Separatist droid armies, and leading clone trooper battalions during the Clone Wars. One of the most powerful Jedi in Star Wars.

Ben Solo always destined for greatness, having both Skywalker and Solo blood in his veins. As if being the son of Alliance heroes and the nephew of a prominent Jedi Master wasn’t enough, he also inherited an unusual affinity for the Force from his family.

Luke Skywalker had an edge even before he was officially welcomed into the Jedi Order: he was part of a long line of exceptional Force users. Luke’s innate ability to connect to the Force was already obvious due to his background, and with only a little help from Obi-Wan Kenobi, he was able to channel it with purpose.

Count Dooku was born an aristocrat on Serenno, but his family abandoned him at the Jedi Temple, where he was later adopted by Master Yoda and taught as a Jedi. He pushed himself into his studies, demonstrating skill and dedication well beyond his classmates, finally defeating Jedi Master Syfo-Dias in battle while blindfolded and with one arm behind his back. One of the most powerful Jedi in Star Wars.

While much of Yoda’s existence was unknown, his loyalty to the Jedi Order was undeniable, and he maintained a continuous presence in it for almost a thousand years. He has seen the Republic’s glorious days, as well as its demise, the return of the Sith, and the birth of the Galactic Empire since he was a child.

Much of what fans knew about Revan originated from Legends, but his inclusion into the Star Wars canon in 2019 was made possible by the Star Wars: The Rise of Skywalker Visual Dictionary. Revan began his path with the Force as a talented Jedi padawan, eventually rising through the ranks of the Galactic Republic’s Supreme Commander during the Mandalorian War, some 4,000 years before the Battle of Yavin.

For someone so young, Anakin Skywalker was able to use the Force with extraordinary skill. Due to his extremely quick reflexes, he was the only person alive who could race pods as a child on Tatooine, eventually winning his freedom and a spot at the Jedi Temple.