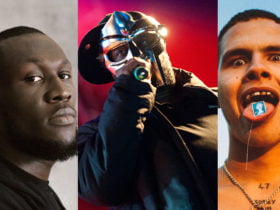 Here we go guys, In this article, we will be looking at the most famous Badass Thanos Quotes from the MCU(Marvel Cinematic Universe). As we all know, Thanos Aka the Mad Titan has had a great MCU journey. Hasn’t he is not like other villains who just kill for fun because he had the vision to make the universe a better place for everyone else.

Although his way of doing was not the best Idea. But the idea was still there whether you think his vision was wrong or right, one thing that we can be sure of is that Thanos truly believed that what he was planning to do was right as shown by his words. With wisdom, he spits out facts that left so many of us thinking twice about his visions and it made for a fantastic storyline.

This is the best quotes on this list. This fantastic one-liner quote was shown in ‘Avenger Age Of Altron,’ it is not clear that when this moment takes place but many says it’s during the time between Ragnarok and Infinity war.

Both Loki and Ronan failed Thanos so after he attacked Anti Venom, he got his hands on the Gauntlet himself and he says fine “I’ll Do It My Self.”

2 – “Perfectly Balanced, As All Things Should Be”

There is no introduction needed for this quotes not only does it apply to Thanos’s plan to balance the universe but it also applies to real life as well nature always balances things out but Thanos decided it was his job to bring back balance in the Marvel Universe.

There is a scene where we can see Thanos’s army destroying Gamora’s home planet then Thanos notices Gamora in the distance looking for her mother, he takes this as an opportunity to comfort her and show her a perfectly balanced knife as he says, look pretty isn’t it “Perfectly Balanced, As All Things Should Be.” One of the best badass Thanos Quotes ever.

3 – “Dread It, Run From It, Destiny Arrives All The Same”

This was the moment we will never forget, Thanos had a hold of Thor as if he was a toy and says, I know what it’s like to lose to feel so desperately that you’re right yet to fail, it is frightening turns the legs to jelly but I ask you what end “Dread It Run From It Destiny Arrives All The Same” & now it is here.

This line makes everyone tear up a little bit. Thanos is a person who believed in destiny and because of this, he would also do what had to be done no matter what including sacrificing his daughter.

He truly loved Gamora even if she didn’t believe him because he didn’t tell he wouldn’t have gotten the soul stone as Thanos told his daughter, I ignored my destiny once I cannot do that again even for you “I’m sorry, Little One” We all knew what was about to happen.

5 – “A Small Price To Pay For Salvation”

During this moment the Mad Titan takes it upon himself to explain his philosophy clearly how he saved Gamora and her planet, he continues to explain how the population has now thrived since he did what he did too, which Gamora replies because you murdered half the planet then comes Thanos quotes “A Small Price To Pay For Salvation.” One of the best badass Thanos Quotes ever.

This quote alone sums up the beauty of infinity war down to the last minute of this movie. They made us believe that the Avenger won but it turns out they didn’t that is the greatness of that moment.

Everybody thought the avengers were about to win and Thanos was finally about to die but no Thor comes flying down with his hammer and it looks like he got a good shot on Thanos but he didn’t, the Mad Titan then tells Thor that “you should have gone for the head,” making this moment one of the plot twist in MCU history.

This quote is one of the most popular from Thanos. He believed in destiny, when he accomplished his mission he says, “I Am Inevitable.”

Thanos did not waste time and he always gets straight to the point even though during this moment when he was sat chilling watching sunset and he did not need to deal with the Avengers if he did not want to.

However when they ask him where the stones were he simply replied to them and said “Gone, Reduced To Adams” banner replies and said you used them two days ago because he did not believe that Thanos had destroyed them, then Mad Titan says I used the stones to destroy the stones it nearly killed me but the work is done.

He was very clearly annoyed with the avengers because of what they had been doing to him and he nearly defeated Captain America he breaks his shield and then explains how it’s going to feel when he finally kills him in all my years of conquest, violence, slaughter.

It was never personal but I’ll tell you now what I’m about to do to your stubborn annoying little planet “I’m Gonna Enjoy It Very, Very Much.”

10 – “You Couldn’t Live With Your Own Failure, Where Did That Bring You? Back To Me”

As Thor, Iron Man, & Captain America walk towards Thanos to confront him then Thanos says, “You Couldn’t Live With Your Own Failure, where Did That Bring You? Back To Me,” this quote hits hard because it’s true in a way.

Although this version of Thanos didn’t have the infinity stones he was still cruel and this whole conversation between the heroes and the Mad Titan shows that. One of the best badass Thanos Quotes ever.

He is thrust by a strength that overwhelms observation, education, love, or social activity. Meanwhile, Nothing can prevent him from his purpose and even the genius Dr. Strange can’t change his mind. In the MCU series, many characters refer to insulting him or questioning him in a show of strength.

12 – “I Know What It’s Like To Lose. To Feel So Desperately That You’re Right, Yet To Fail Nonetheless. It’s Frightening”

Thanos knew what is loss, what it was like to fail & heartbreak and, yet he felt his situation was so important that he kept pushing through. He learned and kept on fighting which lead him to succeed. One of the best badass Thanos Quotes ever.

This scene is unusually noticeable when he explains what happened to his home planet of Titan. He tells that he saw his home on the brink of loss and provided them with a solution but they withdrew to take it and therefore the planet died.