Today I am here with the list of the top 15 most powerful Marvel characters of All-time. This list may hurt many of the readers as they may not find some of their favourite Marvel characters. As the characters in the list are totally in their own league. Also, they are just too OP (overpowered). They are so strong that they can literally destroy a planet with just the tip of their fingers.

This list is comprised and comes from the knowledge of comics and MCU. So, every character is rated according to their power and strengths.

So, here comes the list of the most powerful Marvel characters of All-time.

In an alternate reality, Skaar is the son of Bruce Banner or The incredible Hulk. He has the same powers as Hulk but is far stronger than him. He is so strong that in comics he cracked Juggernaut’s armor with his bare hand sending him flying out of the atmosphere with just one punch.

Vulcan is the brother of Alex and Scott Summers. But different from his brothers he is an omega-level mutant who can manipulate and absorb any form of energy. According to comics, it is assumed that Vulcan is dead but in MCU anything is possible.

The “King of Asgard” and also the strongest Asgardian is a total Badass. His powers are beyond comprehension. As he can manipulate magic, give strength to anybody, can blast energy, and do many more things which are just godly. Odin is an Immortal, so it’s impossible to kill him naturally. One of the most powerful Marvel characters ever.

He is an eternal being who is known for his intelligence, strength, and plotting schemes. His power is Telepathy and Telekinesis and also has healing powers. Also, he is an immortal being who can’t be killed as Death itself banished “The Grandmaster”. If you refer to Grandmaster for some cheap tricks after watching “Ragnarok” then you are wrong.

He is a human-born child of Zeus. In physical prowess, Hercules is the strongest character in the Marvel universe who picked heaven on his shoulders. Also, Hercules has beaten Thor and Hulk easily in his fights.

He is one of the strongest Sentience and is known for eating plants. Also, he was master of the Silver Surfer till he met “The Fantastic Four”. Also, he is an ancient being due to which he is very knowledgeable. One of the most powerful Marvel characters ever.

His powers are almost the same as Galactus but he can also shapeshift. So, he can become anyone, anytime. Magus can be you. If you think he can just normally shape-shift then you are wrong. He can absolutely shape-shift into anything or any being. So, think if he shapeshifts himself into a sun.

Mikaboshi is a powerful character who has even beaten The Greek god “Zeus”. He is immortal and can project any energy into himself and use it the way he feels right.

It is a very dangerous being, which is feared because of its unrivaled strength. Phoenix Force is what holds Jean Grey captive giving her unbelievable powers and also corrupting her mind by overpowering her.

He is a magical being who literally prisoned Galactus. He is the source for many powerful magicians in the Marvel universe. Also Doctor Strange and Dormamu’s Magical source is Cyttorak himself.

It is the physical embodiment of time that can easily manipulate space-time and reality. Their powers are far beyond our wildest imaginations.

It was considered to be the second strongest being in the Marvel Universe but then Beyonder came and took his place. In short, if I say even the Infinity stones are nothing compared to the Living Tribunal. Even if the whole Marvel Universe shows a united front against him. Still, they won’t stand a chance against the “Living Tribunal”

In short, he is the creator of the Marvel Universe, so he is basically omnipotent, omnipresent, and omniscient. So, how strong the marvel character is they can’t do anything against their creator. Basically, he is God.

This was the list of top most powerful marvel characters that are way too OP. 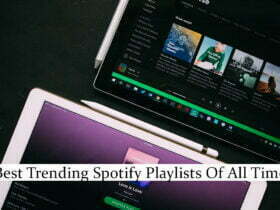