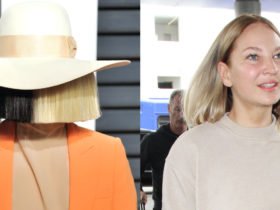 After releasing her album’s latest track, “Bam Bam” featuring Ed Sheeran. Now Today, She officially dropped the full album. “This album is my whole fucking heart,” she wrote on Instagram, along with what appears to be its cover.

Indeed, the first time we hear her voice here is on the subversively playful “Celia”, sung entirely in Spanish. Far from some staid Latin crossover, the rest of the project jumps between languages and genres as she sees fit, earnest and revealing on “psycho freak” with WILLOW and just crazy in love on “Hasta Los Dientes” with Maria Becerra in her corner. She goes back and forth with Ed Sheeran over the salsa sway of “Bam Bam” and revels in the expansive rhythms of “Don’t Go Yet” on her own.