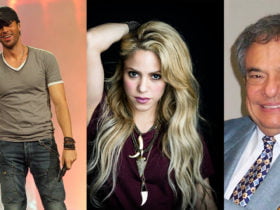 15 Best Spanish Singers You Must Know

Spider-Man has grown to become one of the most well-known superheroes in the world since its inception more than six decades ago. He began his career on paper, but he can now be seen in television shows, movies, and a variety of high-quality video games. So, today we are here with the most powerful Spiderman villains who are ranked according to their respective fights with Spidy.

Despite being a terrific character, the Spider-Man franchise would not have been nearly as popular if it hadn’t had such a tremendous cast of adversaries.

So, here comes the list of the 12 most powerful Spiderman villains.

Kraven has become a part of the action for nearly five decades, yet he is usually granted the opportunity to excel. When he is in the limelight, though, he does not lack and has produced some unforgettable moments.

Electro’s motives were murky, and he had no desire to be a villain. However, the character’s descent into darkness was badly handled, and the viewer felt alienated from him. One of the most powerful Spiderman villains ever.

Although MacDonald Gargan initially appears in The Amazing Spider-Man #19, he does not actually become the Scorpion until the following issue, when Jameson exposes him to a dubious medical operation.

He’s featured in numerous narrative arcs since then, and he’s pushed Peter Parker to his breaking point several times. One of the most powerful Spiderman villains ever.

Despite the majority of the characters on the show being animal-based, it’s nice to see one that’s a bit more unique. Flint Marko has a lot of complexity as well, with his character frequently helping to emphasize man’s duality and the moral dilemma that may result. While he may have some redeeming qualities, he is far from a saint.

Mysterio’s been around since 1964. Quentin Beck, like Scarecrow in the Batman movies, isn’t endowed with supernatural abilities, but he is a famous alchemist and a skilled scientist.

Wilson Fisk is a Spider-Man antagonist who appears heavily in the Netflix Daredevil series. He originally appears in The Amazing Spider-Man #50, and while beginning as a rather basic mafia leader, he has subsequently evolved into one of Spidy’s most formidable enemies.

Venom is a sentient extraterrestrial symbiote that can link with different lifeforms that first appeared in the 1980s. It began as a live spider costume, but it has now developed into a separate creature. Although Spider-Man is the creature’s first host, it is the Spider-Man-hating journalist Eddie Brock who is the creature’s most renowned inhabitant.

Morbius may appear to be a rather conventional villain that pulls much too much from the vampiric legend at first look. While it’s an important part of who he really is, there’s a lot more to Michael Morbius as a person that strikes the eyes. He’s complicated, conscience, and tremendously brilliant all at the same time.

Venom, as lethal as he is, is nevertheless capable of reasoning to some extent. Unfortunately, the same cannot be said of Carnage, it’s spawn. The symbiote’s lack of intellectual capacity, along with its incomprehensible strength, makes it such a great threat to Spider-Man and the rest of the universe. It is like Venom, carnage too requires a powerful host to truly emerge.

Trying to bring in a popular comic book villain would be a certain way to entice people, wouldn’t it? That is until you alter their sad persona into a ruthless beast with no empathy. While it made sense in the setting of the movie, this version of the antagonist lost all of the respect that the original character from the comics had. One of the most powerful Spiderman villains ever.

While most of Spidy’s foes depend on their extraordinary strength and high-tech weapons, Dr. Octopus prefers to take on the web-slinger with his intellect rather than his brawn. Doc Ock is among the few Marvel antagonists that have accomplished in driving the masked hero to his death, and it’s a strategy that has worked off.

The Green Goblin is a terrific antagonist, but it’s Peter’s ties to the Osborn family that elevates him to the top. Well over years, several other individuals have taken on the role, but Norman and his son are the ones that really bring the role to light. One of the most powerful Spiderman villains ever.

So, this was the list of most formidable Spiderman villains. 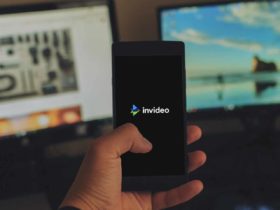