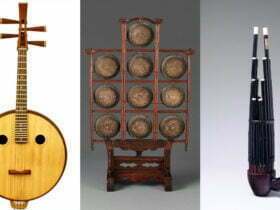 What Instruments Are Used In Chinese Music?