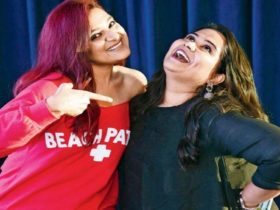 Hey folks, this article is about the best popular 50s songs. Do you agree that Old is Gold? We can say that the old music is always soothing on the ears.

Furthermore, The major events and trends in popular music in the 50s include, first world, rock and roll, doo-wop, pop, swing, rhythm and blues, and last but not least Jazz music.

Moreover, Irony is that these forms and styles of music can be enjoyed and performed by people with little or no musical training.

However, in order to quench your thirst for the 50s songs, here I have jotted down the list of popular 50s songs.

Therefore, These 50s songs are going to pleasantly blow your mind and will force you to dance on it automatically.

So without any further ado, let’s dive straight into the list of best 50s songs of all time, and yes, do not forget to mention in the comment box which song is your personal favourite out of the list.

Johnny B. Goode, the song is absolutely amazing. The riff, chorus, music and what not? Everything about this song is just bound to draw applause.

However, the song is globally recognized as one of the most popular rock and roll genres. Furthermore, the song is ranked seventh on Rolling Stone’s list of the 500 Greatest songs of all time.

This is a Twelve-Bar Blues song. Thornton’s recording of Hound Dog is listed as one of the Rock and hall of fame’s 500 songs that had shaped Rock and Roll.

However, you will be surprised to know that this song was recorded more than 250 times. Nevertheless, the best version was of Elvis Presley, such a pro indeed.

Furthermore, the song was ranked 19th on Rolling stone Magazine’s list of 500 greatest songs of all time. One of the best Songs From The 50s.

It has even Been recognized as one of the best-selling singles of all time. This song was a superhit so from the 1970s onward, the song got featured in several films.

It’s a popular song. This song was recorded in the Sun studio in Memphis, Tennessee.

This song has that amazing chorus that will stuck in your head for hours after listening.

Furthermore, The song was featured in a performance by Jerry Lee Lewis and his band in the 1957 Warner Brothers rock and roll film Jamboree.

However, this amazing song has also sold around 1 million copies in the first 10 days of release in the United States.

This resulted in making it one of the best-selling singles in the United States at that time.

Indeed, this song was one of the first-ever major hits of Richard.

The reason behind why this song went popular was, the amazing meaningful lyrics, hard-driving sound of the music.

However, the song has represented the rock and roll model for years. One of the best Songs From The 50s.

The music gives that powerful vocal style which made the song stand out among the rest.

Therefore, the distinctive beat and rhythm style also has made it amazing and easy on the ears.

Smokestack Lightnin was one of the popular hits of Howlin Wolf. This song became very intriguing and became inspirational for the listeners.

However, the song was based on the earlier blues songs, and not just it, this song was often interpreted by numerous artists just after its release.

This superhit song was ranked number 8th on the Billboard Hot 100 and number 18th on the UK Singles Chart.

However, You will not believe, this song was covered by numerous artists including the famous, well-known artist named Alan Jackson.

Therefore, this song could be considered fun because of the amazing lyrics it has.

This amazing song, Cooke’s debut single, was a massive commercial hit and success. Therefore, leading to becoming the No.1 hit on both Billboard’s Rhythm and Blues Records Chart and the Billboard Hot 100.

Furthermore, the first recording of this track was made in New Orleans. As a result, this song made Cooke a superstar overnight. One of the best Songs From The 50s.

Money honey, the song became an immediate hit just after its release.

However, You wouldn’t believe how crazy it was, that this song remained on the Rhythm and Blues Chart for 23 weeks, peaking at number 1.

Furthermore, Rolling Stone Magazine ranked it number 252 on its list of the 500 greatest songs of all time.

Moreover, the song has sold more than 2 million copies by the end of 1968. One of the best Songs From The 50s.

As a result, many artists came forward with the cover version of this song. Not only that, even the Hollywood Flames released a version of the song as the B-side of their 1960 single “My Heart On Fire”.

The song was recorded by the famous “country music”, this song was regarded as one of the country’s most important standards.

However, the writer of the song got his inspiration to write about this song when he was driving along with his fiancée, intriguing right?

Furthermore, the song topped Billboard’s country and Western charts for six weeks, whilst over a million units were sold.

Therefore, I guess after reading all these numbers you can have an idea about how amazing the song was.

This song’s melody was based on an Armenian folk song.

However, the lyrics reference traditional Armenian customs of inviting over relatives and friends and providing them with a generously overflowing table of fruits, nuts, seeds, and other foods.

Furthermore, many great artists such as Ella Fitzgerald, Louis Prima, has covered this song.