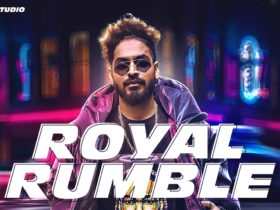 The Indian musical band, Atrangi Funkaar has dropped its new song named “Chor Do Dheela.” Listen to the full song below.

Coming to the track, It presents a peek into the life of a person stuck in the corporate world, waking up to a monotonous schedule every single day. It records the dull and tiresome reality of someone who has to fake every little joy and does not have a single real reason left to smile.

The song celebrates the urge and practice of breaking free. Removing oneself from the race, taking a break from the goals that have to be achieved, the tasks to be completed, and simply letting go. It urges the audience to discover, explore, cut themselves from the toxic cycle of success and failures, and simply enjoy the little joys of life.

The band has 2 frontmen, A rapper who specializes in writing and performing rap alongside a singer who has got a sharp pop culture texture.

The motto of the band is to initiate and take forward ALTERNATIVE CRINGE POP.  The concept is very new and aims at targeting the audience between 13-35 years by bantering the incidents happening in day-to-day life through our music and lyrics which are portrayed with a subtle satire.

This concept was well acknowledged by the IFP(Indian Film Project) as they awarded Kho Gyi, a song that was made in 48 hours, as the golden track of the year.