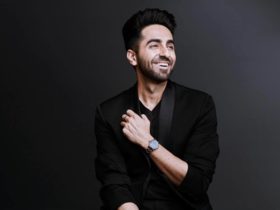 The Punjabi singer and rapper, BADSHAH has officially released his brand new album called ‘The Power of Dreams of a Kid.‘ Listen to the full album below.

He had been teasing his album for a long time, and now it is finally out now. The album features 8 brand new tracks including previously released track, Shuru. The track, ‘SHURU’ is the Intro track of the album, and Badshah’s story of a relentless pursuit of his dreams since the first time he wrote his first Rap and his teachers called him crazy to this day of being Badshah in spite of the trolling and judgment. The album represents the story of his struggle.

BADSHAH ‘The Power of Dreams of a Kid’ Out Now! Like this album? Stream and Download all the track of the album by clicking here.

Tracklist of the album here:

On 7th June, Badshah hinted that his long-awaited upcoming album is on the way. It seems like he has completed his new album work. This album will blast the desi hip hop style. Last month, Badshah officially announced about his upcoming new album – ‘The Power Of Dreams Of A Kid’ #TPODOAK.

Badshah(real name Aditya Prateek Singh Sisodia) is an Indian rapper and singer known for his Hindi, Haryanvi, and Punjabi songs.