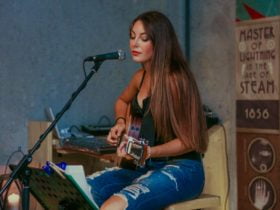 Are you one of them who heard any song on a famous meme and wanted to find it but could not? Well, this list will help you to an extent. We brought you 10 hit songs which became meme material! All of these songs have been famous and hit in their Era. Many of these are pretty old and the new generation got to know about them recently. Songs like Stereo Love and Adhi Adhi Raat has been around for almost a decade and they have been hit songs in their eras. You might have no idea which meme included these songs. Just wait for their number on the list and you will find out eventually.

We have included meme songs of every category. And the list is based on how recent the song and meme is? and if you don’t agree with our list then just have fun with it. We feel like this article is something you readers didn’t expect but you deserve! So, let’s get to our list.

Everyone knows about the Coffin meme but nobody exactly knows the name of this EDM hit song. Many people call it the “Coffin meme Music”. If you are living under some huge rock then you might not know about this meme. The meme concept is based on four men dancing with a casket and the drop of this song playing in the background. This track was a hit before the meme but it got like 10 times more views because of the meme. The meme was used all over the world and the owners of the song earned a lot with all the copyrights. You should listen to this track. We will leave the link below and you will get a flashback of all Coffin meme compilations you binged!

It did not take much time for this meme to reach the Producers of this track. Everyone loves to watch memes until they are living under rocks!! but yeah these dudes made their own meme video on it. That is more of a tutorial than a meme but it is fun for sure.

In this video, one of the producers of this song “Vicetone” showed how they made the main lead sound of this song. This video is really good for producers as he taught everything in detail and in a fun way. We are calling this video a meme because there are a lot of memes in it. You guys really should check it out. Now, let’s get to the number 2!

The best sad song of 2015 and one of the best meme song of 2019-2020. This is not an international song or meme but is still on number 2 because India got a really huge population to take this meme on top of charts. The concept of this meme is simple. memer plays a clip in which a funny, sad, and unfair incident happens then they play the song on the face of victims’ faces. They play the part where the singers just show his pain with is voice. Well, I don’t know how the explanation of this concept turned so serious. You should give it a listen and you will get the meme just when you will hear “Ohoooohohoho”.

About this song! It released in 2015. It is a track from the Album named “Twelve” by Bilal Saeed and it was a real hit. People used to play his songs on repeat. This song was a break-up buzz. Forever singles also cried on this. So, you should check it out and you will love it for sure!

You see Dr. Dre and Snoop Dogg together and still don’t know the song then you are missing out on this masterpiece! If you know those thug life memes in which after every thug live the moment they play that piano chords and the guy in the clip get those flying glasses and joints. Yup, we know there are a lot of different songs played in those clips. But this one has been there for decades! Not only thug life memes, but Still Dre is also known for those videos in which school kids start by playing normal chords and then play the same chords as Still Dre and the whole crowd goes crazy! There are tons of different kinds of videos, thug life memes, school piano memes, public piano memes, etc.

This song has been legendry in the history of HipHop and just because of the beat. Dr. Dre is highly respected for this beat he made! Dr. Dre released this track in 2011 and featured Snoop Dogg in it. This song was like his comeback to the game, people were based on his previous albums. So he came back with this legendry song telling everyone how he is still the same Dre!

Thug Life memes never get old and neither this song. This song was recently played by Anonymous on radios because of the “Black Lives Matter” movement going on. The concept of this meme is the same as all thug life memes where a person does something savage and this song plays with him getting those flying joints, flying shades, and flying Thug Life cap. Everyone might have heard it and just the title can make this song groove in your head. Apart from the meme, this song was hit because it was made for the purpose of protest in 1988.

The background story of this song is that it was the peak time of police brutality. So, NWA decides to make a song about what’s going on in the streets! This crew performed this Rap song at many protests and venues. The situation is so heating up that performing this song was banned and people got beaten up and arrested for singing this. This meme and rap never die! We got two more songs on thug life meme!

Another one! Yes, Another Thug Life song but just think about it. Thug Life has been around for a long time because of gangster rap. And the memes been around for the same amount of time. Many people know this song with the name “Smoke weed Everyday” and many search weird adlibs to find this song! But yeah if someone still can’t find this then this is for you specially. This track was a hit because Snoop Dogg and Dr. Dre were on their peaks at that time. This track kind of blew up Snoop Dogg. And this one of the songs which started the thug life memes.

The concept of this meme is the same as all thug life memes. The same savage person getting those flying Thug Life accessories. But as a song this is pretty great too, Dr. Dre produces fire and he really gave an identity to the gangster rap.

On number 6 stands this song by Ludacris. We hope you already guessed it with the name. This is the fourth gangster rap on the list and fourth thug life meme too. Apart from the regular thug life meme the official video of this song is pretty funny too. Ludacris really bounced high with this song. And it was not just a meme, it actually became a norm to say “Move bitch get out da way” to the people you don’t like. Its no more a norm but it had its own days. This song stayed on the meme chart for a long time and it is still relevant. Apart from meme sense, this is a really great track and really groovy. You will groove hard to the chorus of this track.

Read More – How to Manage Studies with Music Production?

It is a really old song and it got tons of views too. Almost everyone liked it so I see no harm to you if you try this out!

The Thug Life meme hits have ended and we got the pop hit which became a meme. The concept of this meme was pretty unique. The clip would feature any popular face and a part of the song will play in the background “You’re so Fucking precious When you Smile”. They will show multiple photos of the celeb and at the word smile the clip will show their weird-ass smile and the meme ends there. This song was not only for memes but many TikToks were made on this. More like, TikTok memes made this song famous.

About the song, the song is pretty nice but the video seems like it was made for memes especially. The video is really trippy with all those colors and graphics. It’s nice to watch and the song is obviously good, that’s why it became a meme.

8. THE SOUND OF SILENCE – SIMON AND GARFUNKEL

“Hello, Darkness my old friend” Ever heard that phrase in a meme? Well, I will assume everyone knows about it because now even Eminem used it in his song “Darkness”. “Sound of Silence” This is the real name of the song and it is not funny at all. We will discuss the track later but let us get to the meme concept first. The concept of meme is that the song plays in the background after a person gets betrayed, lonely, or alone, etc. It is a “Sad” moment meme and It really was a trend in its days. It also became a norm when people started phrasing or singing it when they felt missing out.

Well, that phrase might sound funny but this original song is really sad. The music will take you in a journey of existential crisis. The lyrics are really deep and this is really good music. You should check it out.

Even Spinnin Records are confused that how this song became a meme. The meme concept is playing the drop of this song whenever something unexpected or weird happens with someone. And to be honest, these memes are really great. Many Indian memes also famed this song and the drop is pretty great. The “n” word memes specially made this blow up as they were actually funny. And just like always, the song is not funny at all. It is a Love song and it is a really great love song. It was a hit when it released a decade ago and it is still a hit after a decade.

10. BLONDE REDHEAD – FOR THE DAMAGED CODA

Ever watched Rick and Morty? If yes! then you would know the Evil Morty Theme. Well, this is the original song of Evil Morty Theme. For the ones who don’t know about Rick and Morty as everyone doesn’t have money to watch it. If you have watched those memes where something sad, bad or unfair happens with someone and the clip focuses on their face and plays a vocal choir in the background. That is Evil Morty Theme. This meme falls in the same category as the darkness meme.

Apart from the meme, the thing song is pretty scary. You should check it out, it’s chill too. You can listen to it when you are in a sad or depressing mood but this might sound depressing but it is great. The next song is something that we don’t think anyone would have thought about.

And the meme song review or whatever you call it ends here. You all should check out these great songs as the meme was also relevant because of these songs. Many songs are pretty funny and sync with the meme and many give totally opposite vibes when listened without a meme. 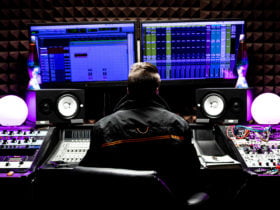 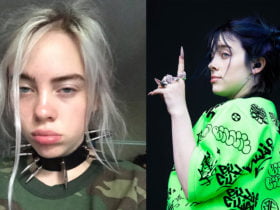 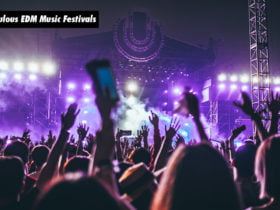 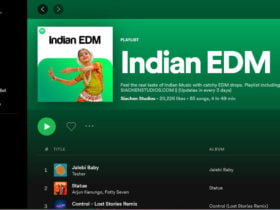