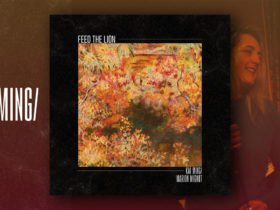 American singer & songwriter, Billie Eilish has announced her new concert film to accompany her sophomore album “Happier Than Ever.” Check out the full trailer below.

The Concert film named “Happier Than Ever: A Love Letter to Los Angeles” will be streaming September 3 on Disney+, it is directed by Robert Rodriguez and Patrick Osborne, also features Eilish with her brother and collaborator Finneas, the Los Angeles Children’s Chorus, and the Los Angeles Philharmonic, all conducted by Gustavo Dudamel.

“Disney is incredibly iconic, so to collaborate on something like this is a huge honor,” Billie Eilish said in a statement. “To be able to present my album in this way and dedicate it to the city that I love and grew up in is so exciting to me. I hope you love it.”