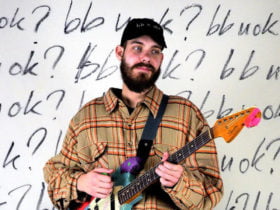 K-pop girl group, BLACKPINK has shared its release date for an upcoming album named ‘Born Pink.’ Check out the full post below.

Now the album, “Born Pink” will be released on 16th Sep 2022[next month]. The Born Pink Release Date announcement comes as Jennie, Lisa, Rosé, and Jisoo continue the celebration of their sixth anniversary this week.

READ MORE – Haunted Dolls In The World That Are Damn Creepy

Recently, BLACKPINK unveiled her upcoming ‘BORN PINK’ world tour dates. The tour will take place on 15th October in Seoul, with a second performance on October 16.

The album, “Born Pink” marks BLACKPINK’s first release in almost two years, after the long-awaited drop of their debut album, The Album, which was released in October of 2020.

YG Entertainment notes that the upcoming full-length studio album’s name “portrays the unrivaled presence of the group that will take over the music scene with their one and only charisma.”

BLACKPINK is now set to release the “Pink Venom,” the first single off of Born Pink, on August 19.