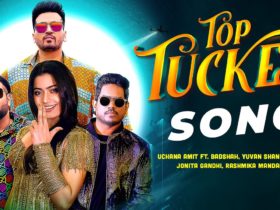 Recently, The rapper shared the news on her Instagram Stories alongside a picture of herself working in the studio. “So happy abt my album,” she captioned the picture, before adding: “it’s finished. it’s honest, it’s me, it’s real” and said “it’s for the hotties”, in reference to her fans.

Set to a simple piano track, the 20-second clip shows Megan wearing a black veil as she slowly comes into a casket, surrounded by ominous onlookers. Once she approaches, she places a single black rose on the coffin.

And, the video cuts to a woman stepping away from the casket as it pours around her. It’s not clear if the secret woman is Megan, as she wears a giant white hat that obscures her face.

Also, she released her latest video of the track, “Plan B.” & she teamed up with the rapper, Future for a song named “Pressurelicious.”