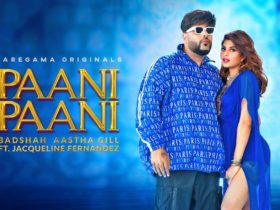 South Korean boy band, BTS has announced that they will be performed on ‘MTV Unplugged’ later this month. Check out the full post below.

Yesterday(On February 9), The American cable channel, MTV shared the news via Instagram and wrote that “No, you’re not dreaming… @bts.bighitofficial is OFFICIALLY bringing their all to #MTVUnplugged 💜 Don’t miss #BTSonMTV on Tuesday, February 23rd at 9p, for a truly 💥DYNAMITE💥 occasion”

The event will take place on 23rd Feb 2021, BTS special will be broadcasted in South Korea by SBS MTV on February 24 at 11 am. For this intimate set, fans can expect to see the different side of the group’s fifth studio album ‘BE’, which was released last November.

In the meantime, They performed at a Tiny Desk(home) concert, where they played three songs “Dynamite,” “Save Me,” & “Spring Day.”

BTS Will Perform On ‘MTV Unplugged’ This Month