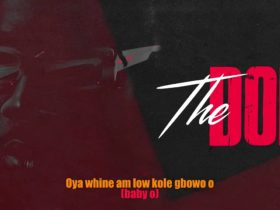 American singer and songwriter, Chlöe has teamed up with Latto for a new music video song named “For the Night.” Watch the full music video below.

The music video is co-directed by Chlöe, EXECUTIVE PRODUCED by Mike Marasco, and PRODUCED by Deshan Evans.

Earlier this year, Chlöe returned with two singles: “Treat Me,” and “Surprise.”  Also, In 2021, Chlöe shared “Have Mercy,” her first single as a solo artist outside of her duo with sister Halle Bailey.

In addition, she debuted the track during that year’s MTV Video Music Awards and subsequently performed it on The Tonight Show Starring Jimmy Fallon and the American Music Awards.

READ MORE – Andrew Bird Team Up With Phoebe Bridgers For New Song, “I Felt a Funeral, In My Brain”