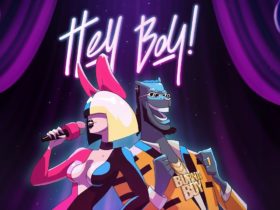 Barbadian singer and businesswoman, Rihanna has returned with a new track named “Lift Me Up” in 6 Years. Listen to the full song below.

The new music video is directed by Azia Javier & Grace Lee, produced by The Walt Disney Studios & Grace Lee, and edited by Grace Lee. The song will appear in the sequel of “Black Panther: Wakanda Forever” which will be premiered in theaters on Nov. 11.

The track marks the lead single on Marvel’s blockbuster sequel “Black Panther: Wakanda Forever.” It is a tribute to the life and legacy of Chadwick Boseman and was written by Tems, Ludwig Göransson, Rihanna, and director Ryan Coogler.

Tems said in a recent press release, “After speaking with Ryan and hearing his direction for the film and the song, I wanted to write something that portrays a warm embrace from all the people that I’ve lost in my life. I tried to imagine what it would feel like if I could sing to them now and express how much I miss them.” She continued, “Rihanna has been an inspiration to me so hearing her convey this song is a great honor.”

Rihanna Returns With New Track, “Lift Me Up” In 6 Years – Listen Now