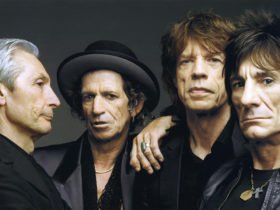 The track will appear on his new album named “More Love, Less Ego” which is due out on November 3 via Starboy/Sony Music International/RCA Records.

Speaking about the new music video song, In the video, Wizkid stands on the sidewalk sipping tea while trading glances with two women at a newsstand.

His upcoming album, “More Love, Less Ego” marks the fifth studio album following 2020s Made In Lagos. Earlier this year, he teamed up with Chris Brown on the single “Call Me Every Day,” and has notably collaborated with Drake, Skepta, Burna Boy, and more in the past few years.