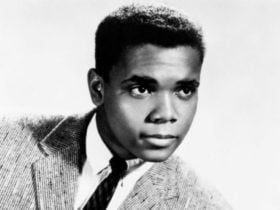 Before the release of their upcoming album ‘Energy,’ Disclosure dropped the first single from the upcoming album, which arrives this Friday, August 28.

“Syd and I were going through a similar thing at the time,” Howard Lawrence said in a statement, “trying to work out if it was cool to call your ex to say hi or is it too awkward/mean to do so out of the blue?”

“It’s the oldest song on the album by far so has definitely stood the test of time and deservedly made the cut,” he added, “And the addition of Kehlani just took it to the next level and turned into a fire duet.”

The track is a easy and mellow R&B influenced jam, on which scintillating percussion serves as the bottom for sultry lyrics that ponder whether or not it is okay to name your ex on their birthday.

The album ‘ENERGY‘ is the Disclosure’s third LP and marks their to 2015’s Caracal. The new album has guest spots from Aminé and slowthai on “My High,” as well as Fatoumata Diawara on “Douha (Mali Mali).”

Disclosure new track ‘Birthday’ out now! Like this track? Download and stream the full track by clicking here.

Disclosure shared the track video clip on Instagram with the caption, “Our new song Birthday featuring the wonderfully talented @kehlani & @syd is OUT NOW!! Been a long time coming this one so feels extra special to finally let it out into the world …along with an extra surprise release, Birthday VIP 🌎 Official Birthday video coming Friday too 👀 along with the whole new album!!!! 🎁🍰🎂 Time to have your cake & eat it 💞”