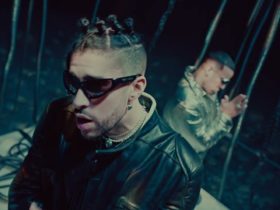 The streaming service company, Disney+ Singapore has announced the upcoming BTS & J-hope documentaries to Premiere soon. Check out the announcement below.

Earlier today (November 30), Disney+ Singapore shared both documentaries’ news, as part of a wider announcement unveiling a string of upcoming productions to be made available via the service in 2023.

READ MORE – Nas Team Up With 21 Savage For New Song “One Mic, One Gun”

Described as a “music docu-series”, BTS Monuments: Beyond The Star will be made to stream on the service as an exclusive Disney+ original. Described as a chronicle that “chart[s] the incredible journey of 21st-century pop icons BTS”, BTS Monuments is said to feature “unprecedented access” to an extensive collection of music and video footage of the band over the past nine years of their existence. The series will also be featuring the daily lives, thoughts, and plans of BTS’ seven members “as they prepare for their second chapter”.

The company hasn’t revealed the premiere dates for both productions or other specifics regarding episode count and more have been released at the time of publication. However, they are expected to be unveiled in the coming months.

According to the streamer, this series will “[follow] pop star J-hope in the lead-up to his recently released solo album”, referencing ‘Jack In The Box’, which dropped in July. The show will feature behind-the-scenes footage of the preparation process for the album, his iconic performance at Lollapalooza 2022 as well as footage of the album’s listening party.

It’s time for the second chapter.

Take a step behind the scenes with pop star #jhope in an upcoming documentary, featuring never-before-seen interviews and more. Coming soon to #DisneyPlusSG.