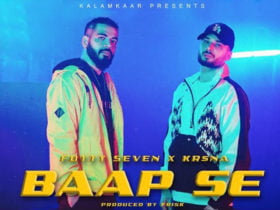 The track will appear on DJ Khaled’s upcoming album, “God Did,” which will be released on August 26 via We The Best Music Group/Epic Records. Pre-save the full album by clicking here.

“God Did”, the follow-up to last year’s album, Khaled Khaled, was out on August 26 (via We the Best Music Group/Epic Records).

Drake and DJ Khaled has been teaming up for a long time. Over the years, they’ve released tracks together including, “Fed Up,” “I’m on One,” “No New Friends,” “For Free,” “To the Max,” “Popstar,” and “Greece.”

In addition, Khaled has also worked often with Lil Baby, collaborating on “You Stay,” “Weather the Storm,” “Every Chance I Get,” “I Did It,” and “Body in Motion.”