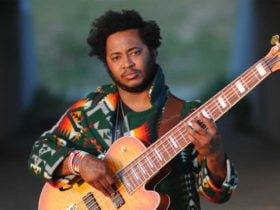 “When Nas says, ‘Hey, man, I want you to be a part of something,’ obviously you don’t really want to say no,” the DJ said. “In my whole career, I’ve never done an EP. And then Nas said, ‘You get a record from me.’ …. The ‘Theme From the Planets’ is one of my favorites out of all the ultimate breaks and beats and that’s the reason why I shout it out. When I told him, ‘Let me do a quick chop of it on my Serato’ just so I could just figure out an idea of reworking that song, he fell in love with it right off rip. He said it reminded him of the park jams.”