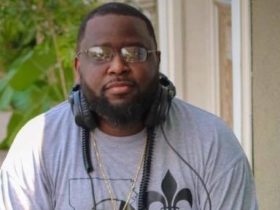 Canadian singer, Drake has unveiled the cover artwork for his upcoming new album named “Her Loss” with 21 Savage. Check out the artwork below.

He shared the cover art via Instagram with the caption, “Her Loss 🦉🔪 Front Cover.” The album will be released on Friday, Oct. 28. Drake and 21 have become regular collaborators over the years, with songs like “Knife Talk,” off Drake’s album “Certified Lover Boy,” and “Mr. Right Now,” off 21 and Metro Boomin’s album “Savage Mode II.”

Earlier today, Drake and 21 shared a sequence of comedic fake interview clips. The rappers “sat down” with Howard Stern to discuss therapy and books, while 21 did a faux “What’s in My BagWhat in” segment for Vogue. The rappers also shared a fake clip of them performing on NPR’s “Tiny Desk Concert” series.