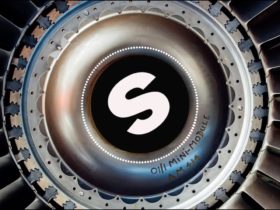 The tour will take place in March 2023 and run into August, with international dates set to be revealed later. The Eras Tour will support Swift’s new studio album, Midnights. It’s her 11th album to debut at No. 1 on the Billboard 200 chart, selling more than a million copies in its first week.

The tour starts March 18, 2023 in what is apparently a sweet spot for Swift, Glendale, AZ, the same place her last outing, the pre-pandemic “Reputation” tour, began in 2018.

She shared the tour news via Instagram with the caption, “I’m enchanted to announce my next tour: Taylor Swift | The Eras Tour, a journey through the musical eras of my career (past and present!) The first leg of the tour will be in stadiums across the US, with international dates to be announced as soon as we can! Feeling like the luckiest person alive because I get to take these brilliant artists out on tour with me: @paramore, @radvxz, @phoebebridgers, @girlinred, @whereismuna, @haimtheband, @gracieabrams, @gayle and @owennmusic I. I can’t WAIT to see your gorgeous faces out there. It’s been a long time coming 🥰”

* with Paramore
% with Gayle
# with Beabadoobee
@ with Gracie Abrams
$ with Phoebe Bridgers
! with Girl in Red
? with Owenn
~ with Muna
+ with Haim